What no snogging at the office Christmas party? And would the current Government really have breached its own lockdown rules by holding a Christmas party in No. 10? Surely none of this can be true and everyone just needs to take a deep breath (mask wearing if in a shop or on public transport but not if at the theatre or cinema) and keep calm.

At the same time as reading the latest 'doings of Boris & Co', I had in my hand (well on the laptop) the transcript of the recent TCC decision in G&D Brickwork Contractors Limited v. Marbank Construction Limited (14 October 2021). This too has been spreading alarm, possibly panic, among those deriving a highly lucrative income from the world of construction adjudication. Why is this? Well, because some have been suggesting that it goes against the well-established policy that an adjudicator's decision should be complied with save in very limited circumstances, and the courts can be relied upon to ensure this continues. Despite what some may say, I don't consider the decision undermines adjudication process at all.

G&D was a labour-only brickwork subcontractor to Marbank on a number of projects, although the key one for the recent TCC case was located on Uxbridge Road, Hayes. At the heart of the case was a dispute over unpaid invoices. So, an everyday dispute over money.

However (and it is a big 'HOWEVER'), G&D did not just pop off to the RICS (other ANBs are available) for an adjudicator and get a decision within 28 or 42 days. That comes much later. What G&D chose to do was to start court proceedings for £106,006.20, interest and costs for its work at three different sites. Why did it do that, you ask? Simple, because you cannot (unless everyone agrees, which they never do) adjudicate over more than one contract in the same adjudication. That might appear silly but that is what the 1996 Act (as amended) says.

Anyway, for whatever reason G&D did not pursue its claim very vigorously, because having started its court claim in June 2017, it had still not got to a trial when, in July 2020, it was struck out (for the second time) for breaching procedural rules. G&D protested and applied to have the claim reinstated but failed, the court finding:

G&D was also, as is the norm when a claim is struck out, required to pay Marbank’s costs of the court proceedings.

Time passed but G&D had not gone away and in 2021 it started an adjudication for circa £39,000 in respect of the final account for the Uxbridge Road project. Marbank contested the claim, even seeking a court injunction to prevent G&D from bringing the adjudication proceedings. That did not work, the adjudication carried on and the adjudicator found Marbank liable to pay G&D £35,218 plus VAT, interest and £100 compensation. Marbank also had to pay the adjudicator’s fees of £7,800.

That must have been it, I hear you say. But 'no', Marbank refused to pay and so G&D started a fresh set of court proceedings to get summary judgment to force Marbank to pay the sums awarded. G&D failed.

Why did G&D fail to get summary judgment?

The judge refused to grant G&D summary judgment, instead striking out the enforcement proceedings because it was an abuse of process for G&D to litigate through the enforcement proceedings the same issues as raised in the previous court proceedings between June 2017 to November 2020. These previous proceedings had twice been struck out due to non-compliance with the court rules. In addition, the fact that G&D had failed to avoid its claim from being struck out indicated to the judge that there was no sufficient reason to excuse G&D’s failings.

The judge found that this was a case where G&D’s conduct of the first action (i.e. the 3-year long court proceedings) was inexcusable, and a strict approach to strike out its second action (i.e. the enforcement proceedings) was required “save in very unusual circumstances". Unfortunately for G&D, the judge decided there were no such 'very unusual circumstances', and the enforcement proceedings were struck out.

In addition, the judge was not willing to allow a claimant like G&D to be put into a better position by virtue of the fact that it could make use of statutory adjudication when compared to a claimant who could not make use of adjudication. In other words, the existence of G&D's right to adjudication did not, of itself, justify the court in taking a different approach.

What is the panic all about?

Some commentators say the decision gives a 'losing' party another ground on which to avoid complying with an adjudicator's decision that would otherwise be enforced. And in this regard, there was no argument that the adjudicator had erred in reaching his decision that Marbank owed G&D £35,218 plus VAT, interest and £100 compensation. But such a view ignores what the judge referred to as "the very unusual route that G&D has taken in litigating this claim", namely pursuing a court claim for 3 years and getting that claim struck out on two occasions. It then took some 8 months (November 2020 to July 2021) to get an adjudicator's decision. That is, on any basis, very unusual.

The facts in G&D v. Marbank case are very unusual and unless you or your client find yourself in a 3-year long court case that has been struck out twice, I don't consider there is any need to panic about it. In other words, the grounds on which one can refuse to comply with an adjudicator's decision have not suddenly expanded by virtue of this case.

If, however, you or your client do end up in the same position and after 3 years of fruitless court proceedings your claim is struck out, you can always sue the solicitors for negligence. This was, the judge noted, an option open to G&D too.

While, therefore, the 'snog' under the mistletoe at the office Christmas party may not be a wise idea this year (if at all), there is perhaps no need to panic over the G&D case. As for the 'doings of Boris & Co' and their compliance (or not) with their own lockdown rules, I will leave you the reader to reach your own conclusion.

Christmas parties this year should not see “much snogging under the mistletoe”, a Cabinet minister has said, as Boris Johnson faced questions over a Downing Street event that reportedly took place during last year’s lockdown. 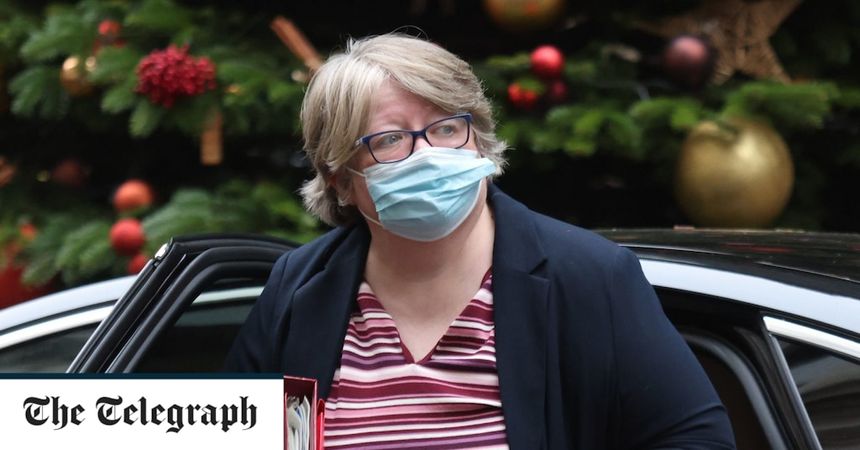 ❌ Boris Johnson has insisted “all guidance was followed completely” after he was accused of breaking lockdown rules by hosting a Downing Street Christmas party last year https://t.co/aBPno03ndl