The 'beautiful game' is back and so too is the controversy over the use (or failure) of technology, this time its goal-line Hawk-Eye in the spotlight rather than VAR.

The failure to award Sheffield United a goal (and it was a goal - I am not biased COYS!) is, according to many, going to have far reaching consequences for the remainder of the Premier League season. That may or may not be true but what all the headline writers missed is the far more important and far more reaching consequences of yesterday's Supreme Court decision in Bresco Electrical Services Ltd (In Liquidation) v. Michael J Lonsdale (Electrical) Ltd [2020] UKSC 25.

Yes, on the day football returned to the television screens (well for those who pay a monthly subscription), the Supreme Court decided that an insolvent contractor could start adjudication proceedings. This is despite the fact that there is probably very little, if any, prospect of the solvent employer being able to recover anything from the liquidator if (as is often the case) the cost to the employer of completing the Works and making good defects in the existing Works far exceeds any sum due to the insolvent contractor.

The Supreme Court's decision, which lifted an injunction continued by the Court of Appeal, also means that where an adjudicator finds in favour of the insolvent contractor, the employer will (if he wishes to avoid paying money into a proverbial 'black hole') have to incur more time and cost at the court enforcement stage. He will have to do this in order to avoid enforcement of the decision pending the completion of the Works and the determination of the final account and/or any cross-claims.

Of course, the decision is good news for the adjudication claims industry and adjudicators. Indeed, social media is already alive with comments to the effect that adjudicators are going to be 'busy' as liquidators and their claims advisers issue demands to employers to "pay up or face an adjudication you will pay for". A rise in such payment demands (meritorious or not) and adjudication claims seems inevitable, especially given the financial impact of the COVID-19 pandemic and the collapse of many construction businesses. This busy period is likely to continue for some time when the so-called 'zombie' businesses start to topple over as the furlough scheme comes to an end.

As for the solvent employers, some immediate practical steps to take to soften the Bresco blow are:

The Bresco decision is good news for some and very bad news for others.  Like it or not the Supreme Court reminded us that adjudication is a form of ADR (alternative dispute resolution) that the construction industry voted for, i.e. it got what it wanted. Having lived through the heady days of the 1990s, the Latham Reports and all that led up to the 1996 Act, I would suggest such a view is akin to saying goal-line Hawk-Eye and VAR technology is precisely what the Premier League voted for.

Sheffield United 'ghost goal' reconstruction: Why did Hawk-Eye fail, why did VAR not correct it and what happens next? A moment-by-moment look at goal-line technology's failure, how Hawk-Eye works and whether it could happen again 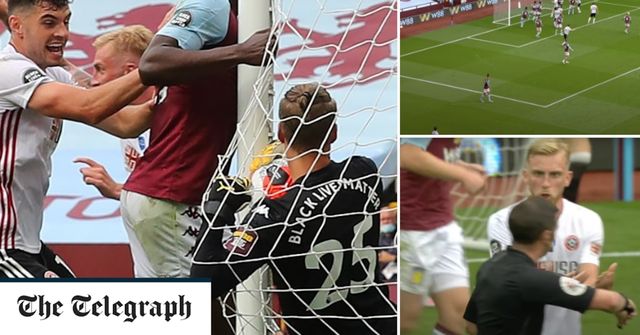 Sheffield United 'ghost goal' reconstruction: Why did Hawk-Eye fail, why did VAR not correct it and what happens next? https://t.co/6Q4D8HnZVJ

Sheffield United would have a legal case to pursue the Premier League should the club miss out on a European spot as a result of the Hawk-Eye blunder https://t.co/4u2tJJs9UV