The papers seem full of reports that the Tory love affair with UK business is at an end and, from the long list of concerns raised by business leaders, this could be true. Whether there is any truth in this or not, the concerns regarding inflation, wage levels, labour and material shortages, and the supply chain apply equally to the construction sector as they do to all sectors of the UK PLC economy.

One hopes that the government and business will find solutions to most if not all of these concerns, but if they fail they may need a third party to assist. In the unlikely event that Boris decides to fill in his RICS application form for the nomination of an adjudicator (he must not forget to get a cheque from Rishi for £425 including VAT), the first question the adjudicator will have to ask (ignoring the fact that there is no 'construction contract', but when did that issue ever stop an adjudication from proceeding) is, is there more than one dispute? If there is, then s/he will have no jurisdiction because an adjudicator can only deal with a (singular) dispute (section 108 of the 1996 Act).

Boris could, of course, wave the recent decision in Quadro v. Creagh to support his argument that all of the concerns raised by business leaders give rise to a single dispute.

In this case, Quadro supplied labour to Creagh and applied for payment, raising invoices for the amounts claimed. Unfortunately, Creagh failed to pay three of these invoices and Quadro started an adjudication for £40,026 including VAT. Creagh had not served any 'pay less' notices.

Creagh argued that the three unpaid invoices gave rise to three separate disputes and, therefore, the adjudicator had no jurisdiction. Creagh invited the adjudicator to resign, which he did not, following which Creagh took no further part in the adjudication.

Creagh did not pay

Quadro applied to the Court to enforce the adjudicator's decision, which Creagh contested on the basis that as each disputed invoice could be decided on its own merits, this pointed strongly to there being more than one dispute. It relied on the earlier decisions in Witney Town Council v. Beam Construction (2011) and Deluxe Art & Theme v. Beck Interiors (2016).

However, the judge did not read these decisions as saying that if it is possible for issues to be decided independently they cannot form sub-issues to a wider dispute, i.e. they could all be part of the same dispute (singular). In this regard, the decision in Prater v. John Sisk & Son (2021) supported the judge's view and was one in which the judge said:

"Clearly a single dispute in the context of a construction contract may include several distinct issues such as when determining appropriate deductions for the purposes of a payment application or final account. One needs to look at the facts of each case and to use some common sense."

Looking at the facts and applying some common sense the judge in Quadro decided, by reference to the content of Quadro's Notice of Intention to Refer a Dispute to Adjudication, that the dispute concerned three invoices totalling £40,026. In addition, the judge noted that Quadro's Referral Notice repeated what the dispute was, i.e. three unpaid invoices totalling £40,026, and Creagh had not, at the relevant time, challenged Quadro's applications or invoices either substantively, or procedurally. They were also clearly linked, with each payment application being for the full amount less a deduction for the work already invoiced.

The judge also pointed out if, simply because each disputed invoice could be determined in isolation to the others, Quadro had to start three separate adjudications, "the result would be that the parties would be put to the very significant cost and inconvenience of numerous separate adjudications to recover a single claimed balance under a single contract. That would be contrary to the policy underlying the adjudication process of efficient, swift and cost-effective resolution of disputes on an interim basis".

The outcome was that Creagh had to pay Quadro the sums awarded by the adjudicator, plus the costs of the court action.

While Boris may not be able to demonstrate that all of the concerns about inflation, wage levels, labour and material shortages etc can be dealt with in one go, the decision in Quadro v. Creagh illustrates that when faced with jurisdictional challenges, one must never forget to look at the facts and apply some common sense. Just because each disputed issue can, in theory, be decided in isolation does not mean it is a separate dispute and must be referred to its own adjudication. That approach would, as the judge observed, defeat the objective behind statutory adjudication, namely the efficient, swift and cost-effective resolution of disputes albeit on an interim basis.

Finally, while adjudication is not the answer to resolving the apparent lack of love between the Tory government and UK business, one hopes they will find a solution as quickly as possible because in construction projects we are already seeing requests by contractors for the standard JCT Fluctuation provisions (remember those?) to be included.  But that is another story.

Does Boris Johnson want to “f*** business” or make love to it? It seems to depend on his mood, the day of the week and whom he happens to be sweet talking. 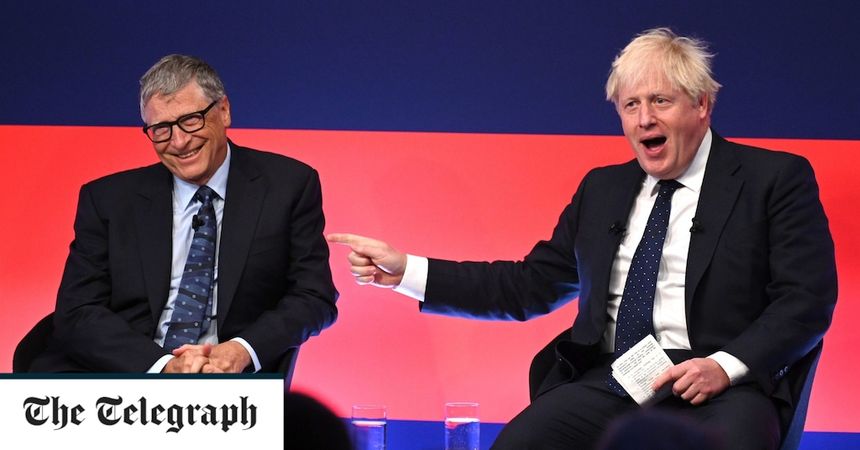 Pretty brutal dissection of what it means to run a business in the UK at the moment by @_BenWright_ ... but hey, worth it if you get to meet the Queen, right? https://t.co/8yUKRDHz5u