That (a 4 - 1 win by 'Engerland' on 11 July 2021 in the delayed Euro 2020 final) would be nice, especially if Harry Kane could emulate Paul Gascoigne's magical goal against the 'old enemy' on that sunny afternoon in 1996. That was one lockdown sporting event I watched last year when it was shown again in full by the BBC. Great fun and it justified the licence fee.

Well, we can all dream and so too, it seems, can responding parties when seeking to avoid paying out following an adjudication. In a series of recent decisions, the court rejected various arguments as to why the responding party should not pay. It seems that some will just not pay when told to.

So, what has been happening?

One contract or two?

First, we have HHJ Sarah Watson's judgment in Delta Fabrication & Glazing v. Watkin Jones & Son (30 April 2021) in which she refused to grant summary judgment to enforce an adjudicator's decision because the referral to the adjudicator concerned disputes under two separate contracts. You will, as an avid follower of all things adjudication, recall that a dispute (singular) arising under a 'construction contract' (defined in section 108(1) of the 1996 Act) can be referred to adjudication but disputes (in the plural) arising under different contracts (plural) cannot.

There were two sub-contracts for some student accommodation in Walthamstow, one for cladding and another for the roofing works. The sub-contracts had separate order numbers but they were administered as one for payment purposes, and a single final account was agreed.

A dispute over the final account was referred to adjudication by Delta and despite jurisdiction being challenged the adjudicator carried on and reached a decision. At the enforcement stage, the judge rejected the idea that combining the payment applications amounted to combining the two sub-contracts into one. In addition, the judge decided that the parties' conduct did not support the notion that the two contracts had become one. Consequently there was also no estoppel, i.e. Watkin Jones could still deny it had agreed to any such amalgamation. Therefore, the adjudicator had lacked jurisdiction and the resulting decision was not enforced.

Oh, a lucky strike puts the responding parties in the lead 1 - 0 and there is no VAR.

The pitfalls of multiple adjudications

Second is the judgment of a deputy judge in Prater v. John Sisk and Son (Holdings) (30 April 2021) rejecting the idea that an adjudicator could not rely on an earlier decision that was said to be unenforceable.

John Sisk had engaged Prater as a subcontractor for works to a new aircraft hanger at Gatwick Airport. The form of subcontract was the NEC3 form and Option W2 applied. Things did not go smoothly and a number of disputes arose that were referred to a series of adjudications.

At the end of the fourth adjudication, the adjudicator decided that John Sisk should pay £1.76m plus VAT to Prater but John Sisk declined to pay (as one does) and contested enforcement of this decision. It argued that the fourth adjudicator lacked jurisdiction because he had relied on the decision in the second adjudication and that the second adjudicator had himself lacked jurisdiction because that referral had dealt with multiple disputes, i.e. the point raised in the Delta case above.

As an aside, the judge took the view that the second adjudicator did not lack jurisdiction but that issue was one for another judge to decide.

Set-off against an adjudicator's award

Third we have the judgment of another deputy judge in Faithdean v. Bedford House (4 March 2021) in which the judge decided the losing party could not set-off monies owed by way of liquidated damages (LDs) against monies it owed by way of an adjudicator's decision.

An adjudicator had awarded Faithdean some £1.5m which Bedford House did not dispute; rather it wanted to set-off LDs of £30,000 against the £1.5m. Bedford sought to rely on another adjudicator's decision, but that was not before the court and, further, there was no evidence that the necessary notice (under clause 1.2.29.2 of the JCT DB 2011) for the withholding/deduction had been given by Bedford. Therefore, the adjudicator's decision was enforced and indemnity costs were awarded against Bedford because its conduct had been unreasonable, having contested the whole of the claim without putting forward any evidence to support this.

Of course, I don't need to tell all the experts reading this that had the correct notice been served by Bedford it could have set-off the £30,000 LDs and paid a mere £1.47m to Faithdean (see Balfour Beatty Construction v. Serco (2004)).

That was a simple goal, and the adjudicators go 2 - 1 up.

Fourth is the judgment of Mr Justice Waksman in S Spencer v. MW Tech Projects UK (31 March 2021). In this one, the judge decided that sending a request to an Adjudicator Nominating Body (ANB), such as the RIBA or RICS, together with the Notice of Adjudication and copying all of this to the responding party, is sufficient to give the adjudicator jurisdiction. The judge could not, on the terms of the parties' contract (IChemE Brown Book), see any reason why it was insufficient for a party to be copied-in rather than being the direct addressee of the notice.

'Wow!', some of you adjudication experts may say, because you know full well that the request to the ANB must come after the Notice of Adjudication otherwise there is no 'dispute' in respect of which the ANB can be requested to nominate an adjudicator. However, the judge was concerned with the adjudication provisions of the parties' contract and the Scheme for Construction Contracts 1998 says the notice must come first.

That one hits the woodwork and goes in, making it 3 - 1 to the adjudicators.

Finally (for now), we have another judgment by Mr Justice Waksman in Lewisham Homes v. Breyer Group (14 April 2021), that a sixth adjudication was not substantially the same dispute as the second one. Therefore, the adjudicator had jurisdiction.

The dispute arose from a contract for the installation of 7,000 door sets in blocks of flats. Unfortunately, some of these failed the relevant fire safety requirements.

An adjudicator in a second set of adjudication proceedings, decided that if Breyer was liable to replace the defective doors it was not entitled to claim payment on account under the parties' term maintenance partnering contract. In the sixth adjudication, the adjudicator decided Lewisham was entitled to £3.24m.

Breyer refused to pay and Lewisham issued court proceedings to enforce the sixth decision.  Breyer argued that as the sixth dispute was the same or substantially the same as the second one, the adjudicator had to resign as required by the CIC model adjudication rules. This was similar to paragraph 9(2) of the Scheme for Construction Contracts 1998 which apply to the majority of adjudications.

The judge rejected Breyer's argument and set out the following principles:

Despite more than 20 years having passed since construction adjudication was introduced, unsuccessful parties will continue (for various reasons) to seek to avoid paying out when told to. They will end up before the court and, as illustrated by these recent decisions, the courts are far more likely than not to enforce the adjudicator's award.

If I were a betting man, I would always bet on the court enforcing an adjudicator's award rather than not. The same cannot be said of Engerland winning 4 -1 in the Euro 2020 final. I will probably take the odds on winning the Lotto and if I win, buy a private box at White Hart Lane. 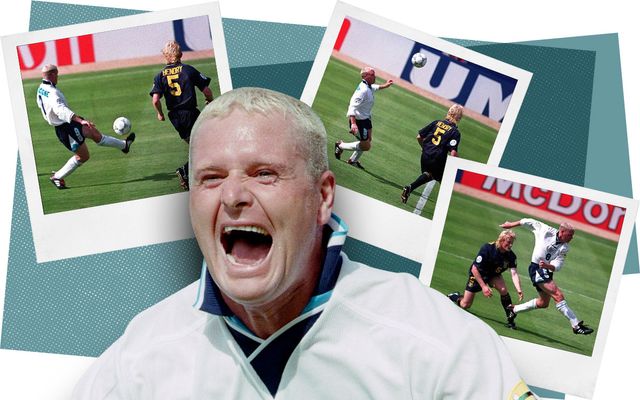 It is 25 years since that wonder goal against Scotland at Euro 96. @thomgibbs spoke to the friends and former team-mates who were alongside Paul Gascoigne when he changed English football forever. https://t.co/VVmzO6mGyr