It will soon be Eurovision 2021 time (yippee) and Radio 2 (other channels are available) is playing this year's UK entry, 'Embers' by James Newman. All I will say is that James looks like a good chap, the car he drives in the official video is 'nice' especially for an eyesight test trip to Barnard Castle and his song certainly beats some past UK classics, including 'Flying the Flag (For You)' by Scooch from the pre-pandemic travel days of 2007. That particular song had many classic lyrics such as "flying high in Amsterdam" which may not, if my O-level French master had anything to do with it, have had much to do with international plane travel. I won't even name the UK 2006 entry - look it up for yourself - which was just embarrassing.

Anyway, I digress from the far more important subject of the 'nul' points handed down by Mrs Justice O'Farrell DBE to Kier Construction on 31 March 2021.

Final & binding - what was all the fuss about?

'Final and binding' clauses are very common in construction contracts, the purpose being to make a certificate, a decision, an award etc final and binding on the parties after the expiry of a prescribed period of time. This can be anything from a matter of days to a few months. The final certificate issued under some of the older versions of the JCT suite of building contracts was an example of this, having some very bad consequences for the employer if it was not challenged. This was why it was frequently the subject of the lawyer's red pen (we are talking in the days before tracked changes in Word).

Of course, what parties want from contracts is, among other things, certainty, i.e. that unless challenged within the agreed timescale (and remember these are contractually agreed clauses) the parties can proceed in the knowledge that the certificate, decision etc is final. In other words, issues covered by that certificate, decision etc will not be re-opened in years to come when, as is often the case, everyone involved has left, retired etc.

Therefore, it is not surprising to find a 'final and binding' clause applied to the decision of an adjudicator. The same applies to awards issued by arbitrators.

The parties had ended up in an adjudication over a D&B contract for a bus interchange in Bolton. Their 2015 contract was based on the NEC3 form with bespoke amendments (which were probably quite lengthy) and Option W2 (adjudication) which stated that the adjudicator's decision was final and binding unless notice was given to the other party within 4 weeks. And the notice had to be given to the address as notified by the other party.

TfGM responded swiftly, serving notice on 29 November 2019 that the adjudicator had, "erred in law and in his interpretation and application of the express terms of contract between the parties in a number of fundamental respects". Clearly, TfGM was not very happy with the decision. However, TfGM paid the money in order to comply with the decision but without prejudice to its right to reverse it.

On 2 December 2019, TfGM asked Kier to issue two invoices (one for the LADs and another for the adjudicator's fees) so that payment could be made to Kier. The following day (3 December) TfGM again reiterated that payment was without prejudice to TfGM's right to seek formal resolution to reverse the adjudicator's decision.

In short, TfGM made it very clear that it disputed the adjudicator's decision, but was going to comply with it.

Kier's application to the TCC - no jurisdiction

Kier argued that TfGM had not given a valid notice of dissatisfaction within 4 weeks of the adjudicator's decision. The basis for this argument was that TfGM had not given notification in strict accordance with the Option W2, e.g. sent it to the wrong address and did not spell out the matters with which TfGM was dissatisfied. Therefore, the adjudicator's decision was final and binding and the court could not interfere with it.

TfGM countered by saying notices could be sent from/to the parties' representatives which in Kier's case included its solicitors. In addition, TfGM had been clear what it thought of the adjudicator's decision, i.e. he had "erred in law and in his interpretation and application of the express terms of contract..." . It has also made it clear that it intended to reverse the decision by court proceedings.

The Notice of Adjudication and the Referral both gave Kier's solicitors' address as the contact details for the purpose of the adjudication. TfGM's solicitors had done likewise, i.e. given their contact details. In each case, therefore, this became the last address notified by one party to the other for the purposes of receiving communications regarding the adjudication in accordance with the express requirements of the parties' contract. Therefore, TfGM's notice of dissatisfaction had been sent to the correct address.

No particular form of words was required for one party to tell the other that it was dissatisfied with the adjudicator's decision. Provided the notice was clear and unambiguous, it did not have to "condescend to detail to explain or set out the grounds on which it was disputed". As such, TfGM's notices of 29 November and 3 December 2019 were sufficiently clear and ambiguous. In addition, TfGM's compliance with the adjudicator's decision had been without prejudice to its right to reverse that decision.

Accordingly, Kier's application was dismissed and TfGM was free to continue with the court claim to challenge the adjudicator's decision.

One might say the judge used the facts of this case, i.e. the notices served by the parties' solicitors giving their addresses for service, to allow for an equitable outcome, i.e. to permit TfGM to continue to dispute Kier's entitlement to a full EOT.  Whether one shares that view or not, the TfGM case is a reminder to check what your contract says about (i) how to serve notices etc, and (ii) what and when any certificates, decisions etc become final and binding.

If your contract does contain such clauses and you don't dispute them in time and in the correct manner, that could well be end of the matter. However, that is the purpose of such 'final and binding' clauses, i.e. to give certainty, and if you sign a contract containing such clauses it is difficult to cry 'foul' when it is all too late.

We started with Eurovision and we will end with Eurovision because like so many things, it is a matter of 'Making Your Mind Up' when it comes to agreeing to include 'final and binding' clauses in your contract.

It is a familiar grumble when Eurovision comes around: that the UK entry is a victim of tactical voting by rival nations. However, according to Abba’s Bjorn Ulvaeus, the UK started it. When Abba won the Eurovision Song Contest in 1974 with Waterloo, the UK awarded it “nul points”. According to Ulvaeus, that was a tactical move designed to boost the fortunes of the UK’s performer, Olivia Newton John. 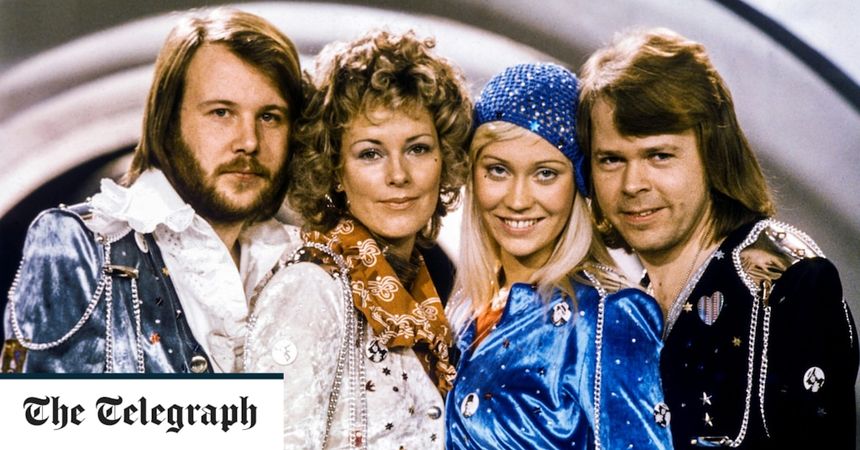