The latest episode of the 'Trump Show', otherwise known as the US presidency, has been an amusing but disturbing distraction from the 24-hour domestic COVID-19 news coverage. The political fall-out from last Wednesday's storming of the Capitol building in Washington continues and now extends to the cancellation of (one assumes) potentially lucrative post-Trump era book deals, including one by US senator Josh Hawley.

The publishers assert that they are "confident that we are acting fully within our contractual rights to cancel the book". The fact that the publishers saw the need to issue such a statement might suggest they (or their attorneys) foresee a legal dispute coming over the horizon festooned with 'Make America Great Again' banners. Time will tell.

These are at the heart of all good legal disputes, which is why lawyers try to include contractual rights of termination. If we don't plan for the worst, the cost of ending a loss-making contract can be far more than just accepting the status quo and adding it to the list of 'lessons learned'.

The lack of a formal contract with express rights of termination resulted in a dispute over what the contract was and who was responsible for terminating it before the works were finished. Each side alleged the other had wrongfully repudiated the contract, whatever the contract might be, including whether one of the defendants was actually a party to the contract or not. The lawyers must have been rubbing their hands when this case landed on their desks.

The case concerned the extensive refurbishment and extension of a property in Manchester. Following a series of meetings and email exchanges the defendants, MS & JM, were happy with Optima's revised budget estimate of circa £170,000, but the parties did not sign a formal building contract, such as the JCT minor works. Indeed, the parties had further discussions over the budget, payment terms etc. Therefore, the contract arose by way of a series of meetings and email exchanges. As the judge observed, what each party intended or understood by their emails etc was irrelevant unless that intention or understanding was shared by the other.

It was left to the judge to decide, by applying judge-made principles of contract interpretation, what the parties had agreed. This meant that much of the 20-page judgment consists of the judge's detailed consideration of who said what and to whom, the content of the written exchanges and the parties conduct. Only by doing this could the judge decide what had and had not been agreed.

Apart from not having a formal contract, the parties' relationship started to sour over the third interim valuation of the works, which the defendants did not pay. Instead, they wanted more information regarding the cost of the works, whereas Optima stood by its valuation, was happy to continue to find a solution to any disagreement, but would not carry out any further work on the project until it was comfortable with the situation.

The defendants claimed that Optima's conduct amounted to a repudiatory breach because it had no right to suspend the works for non-payment of the third valuation or otherwise. The judge did not accept this argument because Optima was justified in complaining about the defendants' non-payment of the third valuation and their attempt to renegotiate the price of certain items. It also had concerns over the defendants' ability to pay for the remaining works. The defendants also wanted a programme agreed before any more work was done.

On the facts, Optima was not saying it would not do any more work but rather it wanted a meeting to resolve all of the issues that divided the parties with a view to completing the project.

The defendants, however, had already approached other contractors and alleged that Optima's prices were higher, i.e. they could get the work done cheaper. In addition, the defendants sent an email accepting Optima's alleged repudiation of the contract (which as mentioned, it had not). Ultimately, the parties were unable to resolve their differences, Optima left site and submitted its final account, which the judge held was acceptance by Optima of the defendants' own repudiatory breach.

The defendants got nothing save for a hefty legal bill.

This case illustrates, once again, the risks one runs when agreeing to pay a substantial sum (in this case some £170,000) for building works without recording in writing what has been agreed. A formal building contract, such as a JCT one, might not be perfect but it is probably preferable to a court case where the judge has to delve into the detail of who said what and to whom in order to find out what, if anything, has been agreed.

It also illustrates the risks of being too ready to press the 'termination' button when a dispute arises. In this case, the defendants' cried foul far too quickly. If they had signed a formal contract, a quick read of that might have persuaded them that 'jaw, jaw' was preferable to 'war, war' and the money spent on legal fees could have been spent on the building works instead. 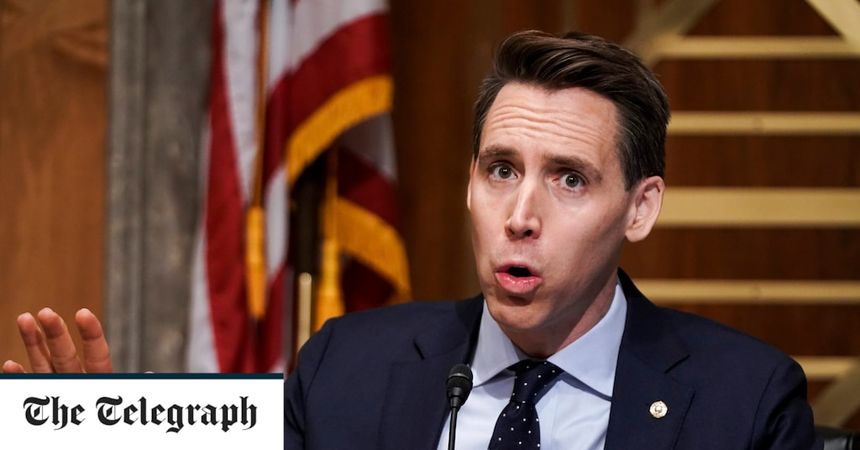 "We cannot support Senator Hawley after his role in what became a dangerous threat to our democracy and freedom" https://t.co/MRJ1TnnNWL