Does anyone remember Brexit and the endless media reports about 'deal or no deal'? Well, a deal was done on Christmas Eve, but the post-deal economic outlook remains uncertain. I am sure all those involved breathed a sigh of relief when they shared an 'elbow bump' and headed off home for a self-isolating Christmas with the family. The same, however, cannot be said for the developer of the Alpamare Waterpark in Scarborough.

In July 2015 Benchmark Leisure employed Aqua Leisure to design and build the Alpamare Waterpark, making use of the JCT DB 2016 form of building contract (heavily amended one assumes). The works achieved practical completion on 18 August 2016 and Alpamare submitted its final payment application on 7 September for £160,077.80 plus VAT.

As Benchmark paid only £20,000 and did not serve a 'pay less' notice, Alpamare reached for the contractor's friend, namely the notice of adjudication.  In July 2017, the adjudicator decided Benchmark should pay Alpamare £143,411.13 plus VAT and interest together with Alpamare's legal costs and his own fees.

Subsequently, the parties met to discuss settling the whole of the account for the project because, amongst other things, the adjudication had not dealt with the retention which had yet to become due. Alpamare wanted a total of £217,998 plus VAT whereas Benchmark offered £198,448 plus VAT. The parties' discussions continued with Alpamare emailing an updated proposal headed "without prejudice and subject to contract" and inviting Benchmark to confirm its agreement. This it did, using the word "agreed".  However, Alpamare replied saying its lawyer would draft a settlement agreement that would be "the binding agreement once signed by all the parties" . You may be able to see where this story is heading.

The draft deed of settlement was sent to Benchmark in December 2017 following which Alpamare chased Benchmark to sign and return the deed, which it never did. In April 2019, Alpamare started legal proceedings to enforce the adjudicator's award.

Benchmark filed no defence, arguing that the parties' settlement superseded the adjudicator's award, i.e. there was no longer any dispute between the parties because the one covered by the previous adjudication had been settled as part of the parties subsequent compromise agreement. In contrast, Alpamare argued that the compromise agreement was not binding until it had been put in writing, which never happened, i.e. Benchmark never signed the deed of settlement.

The emails passing between the parties had been headed "without prejudice and subject to contract"  and there was a common understanding that the parties' agreement would not be binding until it was in writing and signed. Until this happened the communications were to be treated as being "without prejudice" and this case was a model example of why the court would not lightly hold that negotiations and agreements that are "subject to contract" have been superseded.

The judge, therefore, enforced the adjudicator's award save (it should be noted) the part in respect of the award of Alpamare's adjudication costs. This was because, absent an agreement to the contrary, an adjudicator has no jurisdiction to make an award of such costs.

This case illustrates how vital it is to ensure that when you conclude a deal, you also make it clear when your deal is to be binding. If, as in this case, the deal will not be binding until recorded in writing and signed by the parties, then this must happen. Of course, this does not mean an exchange of emails, for example, will not give rise to a binding deal, but you just need to make sure that your email exchange is clear and nothing more is needed.

A stronger pound and rising market: the stocks and funds to buy now we have a Brexit deal A rising pound could allow for foreign investors to back into Britain and push up share prices 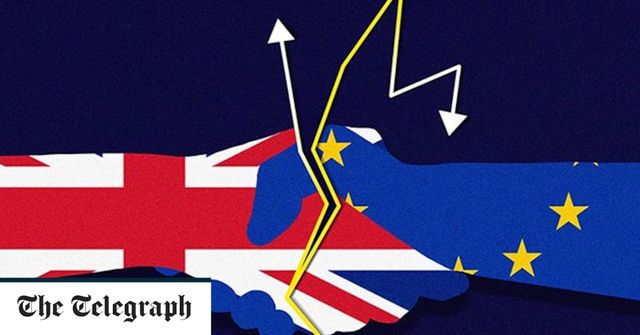 It is now unusual for any case to raise a truly novel point in the context of #adjudication enforcement. Aqua Leisure v Benchmark Leisure – a case about a waterpark in Scarborough – raises two, as Harry Smith discusses in his blog for @PracticalLawUK https://t.co/OtwajXJMy2