"No, I am your father", are words known to any Star Wars fan and I am one having watched the Episode IV: A New Hope in The County cinema, Hertford, in 1977.  Of course, Darth Vader uttered these words 3 years later in Episode V: The Empire Strikes Back and not, sadly, in the late Dave Prowse's Bristolian accent.

But, you say, what does any of this have to do with arbitration and conflicts of interest? Easy, the anti-hero that is Darth Vader worked under a serious conflict of interest, namely his number 1 enemy, Luke Skywalker, was also his son. If his son refused to convert to the 'dark side', Darth would have to destroy him. That is some conflict of interest.

The Supreme Court has also had to grapple with a case concerning an alleged conflict of interest giving rise to actual or apparent bias. In this case, the alleged bias concerned an arbitrator accepting multiple appointments in 'overlapping' arbitrations involving a common party and without disclosing this fact to the other parties in those multiple arbitrations. Putting this another way:

but not disclosing this fact to parties B and C. This looks a bit odd, especially where there is 'overlap' in respect of the facts and issues arising in the separate arbitrations.

The arbitrator's duty of disclosure - fairness and impartiality

The Supreme Court issued ('handed down') its judgment last Friday (27th November), deciding there could be circumstances in which such a situation (an arbitrator accepting multiple appointments with overlap) "might reasonably cause the objective observer to conclude that there is a real possibility of bias".  In addition, the Supreme Court held there was no real difference between the test in section 24(1) of the Arbitration Act 1996 ("the 1996 Act"), which referred to circumstances "that give rise to justifiable doubts as to [the arbitrator's] impartiality" and the common law test of whether the fair-minded and informed observer would conclude there is a real possibility of bias. However, there were, the Supreme Court said, some factors to take into account when applying this test:

The Supreme Court also decided that the duty of disclosure was not simply a matter of good arbitral practice, but also a legal duty in English law. This duty was a component of the arbitrator's statutory obligation of fairness and impartiality. However, a failure to make disclosure was not necessarily fatal in terms of the arbitrator having to step down or being removed. That said, such failure was a factor to be taken into account when applying the test of the fair-minded and informed observer.

What would Darth Vader have to say?

I suspect not very much because the 'dark side' was never known for disclosing very much, but I am sure his son, Luke, would support:

However, he might be surprised to read that having been found wanting in terms of failing to disclose his multiple appointments, the arbitrator was not removed by the Supreme Court. Indeed, Luke might conclude that there is a risk of this particular pronouncement by the Supreme Court having little, if any, bite.

The 1996 Act puts arbitrators under a statutory obligation of fairness and impartiality and the obligation to disclose matters that might give rise to a possibility of bias is integral to this. Accordingly, one is entitled to assume that where an arbitrator is invited to accept an appointment in multiple arbitrations s/he will, where the matters in dispute do or could overlap, give full and frank disclosure. Putting this in Star Wars terminology, an arbitrator should be a Luke Skywalker, not a Darth Vader. This is probably wise in any event because the latter met a bad end.

Finally, The County Cinema also met a bad end, being demolished in 1982 and replaced by offices.  However, I still remember my first sight in 1977 of David Prowse in his Darth Vader outfit although I did not, at the time, know it was the Green Cross Code man dressed in black.

RIP David Prowse - "may the force be with you".

British actor David "Dave" Prowse, who played Darth Vader in all three of the original Star Wars movies, has died aged 85. The weightlifter-turned-actor, who also earned an MBE for playing the Green Cross Code Man to promote road safety, died after a short illness, his agent Thomas Bowington said in a Facebook post. "May the force be with him, always!" Mr Bowington wrote. 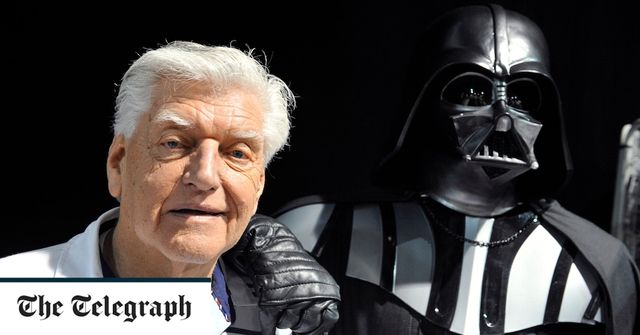