Friday 13th looks like being a bad day for Mr Cummings, an individual many credit for, amongst other things, masterminding the pro-Brexit campaign.  I certainly enjoyed Benedict Cumberbatch's portrayal of him in the TV drama 'Brexit: The Uncivil War' but then again I also enjoyed the political satires, The Thick of It and Yes Prime Minister (remember that one?). Anyway, what does this have to do with jurisdiction?

The answer is simple, in the same way as another political figure loses his jurisdiction there is another court report of an adjudicator losing his.  This time it involves that much used construction agreement, the letter of intent.

What is a Letter of Intent?

Simple, it is a written agreement issued by the client to the contractor to get the works started before the 300+ page building contract is agreed, collated, signed and dated.

There is no standard letter of intent (or LOI) but typically it limits the scope of the work to be done, e.g. enabling works, caps the price to be paid and does not commit the client to the full project, i.e. allows the client to terminate the agreement 'at will' subject to paying a reasonable sum to the contractor. In addition, it will refer to the 'agreed' form of building contract to be used, e.g. the JCT DB 2016 as amended by the lengthy changes yet to be finalised and agreed by the parties. In short, a LOI is a contract.

The case concerned dry-lining works being carried out by Oak for OD at 19 Bolsover Street, London. OD issued a LOI that referred to the JCT 2001 DB subcontract but the parties never completed or signed the JCT form (not uncommon).

Oak carried out the dry-lining works submitting interim payment applications "more or less" following the JCT procedure "but not entirely". By interim application no. 21 of March 2019 Oak sought a gross sum of £1.711m, but had been paid only £983,000.  This left a balance of £728,000.

For its part, OD issued a 'pay less' notice claiming that it was owed £123,000 followed by a further 'pay less' notice saying the Oak had been over paid by £509,000.  To add salt to the wound, OD then increased the size of the over-payment to £625,000 by way of its own assessment of Oak's final account. Oak disputed this, serving its own 'pay less' notice against the final account and claiming £765,000. The parties exchanged some more 'notices', but the battle lines were drawn.

Oak referred its claim to adjudication and after dealing with the inevitable 'lack of jurisdiction' arguments the adjudicator found in Oak's favour to the tune of £431,291.81.

OD cried 'foul', and started Part 8 court proceedings seeking a decision that the adjudicator lacked jurisdiction because the JCT 2011 DB sub-contract did form part of the parties' contract and its final payment notice (issued under the JCT terms) was valid and had not been disputed by Oak within the prescribed time period. Put simply, the parties' contract deprived the adjudicator of any jurisdiction because they had expressly agreed that a final payment notice was conclusive evidence of the sum due to Oak.

First, the judge decided that the adjudicator had been appointed properly because the LOI referred to adjudications being conducted under the statutory Scheme and the RICS as being the nominating body. Oak's notice of adjudication was wholly consistent with the contractual provision in the LOI despite not expressly referring to it.

"It cannot be right that a mere claim by one party to be able to rely on a conclusivity provision is sufficient to deprive the adjudicator of adjudication at the outset. Otherwise these kind of not uncommon disputes would never go to adjudication at all. That is clearly an absurdity."

But the judge had to decide if the LOI did incorporate the JCT terms or not.  In doing so, the judge made it clear that while the parties may (quite rightly) have agreed individual documents, such as, prices and specifications, this is not the same as saying they had agreed all of the JCT terms so as to incorporate these into their LOI agreement:

"It is one thing to agree what particular documents you will have if you execute a JCT contract: it is quite another so say that you have, therefore, incorporated all those JCT terms and conditions at the outset and at the same time."

On the wording of this LOI (which is similar to many LOIs I see in my day-to-day work) the judge said either the LOI applied by itself, or a JCT contract was actually executed and signed. There was, the judge concluded, no third way, i.e. no mix of LOI and JCT terms, although this third way might arise by the parties' actual conduct ('estoppel by convention').

The adjudicator had no jurisdiction

The consequence of finding the LOI did not incorporate the JCT terms was that Oak's account had to be valued in accordance with the valuation mechanism under the LOI and not the JCT terms. Unfortunately for Oak, the adjudicator had valued its account on the basis that the JCT terms applied, which they did not (the judge said). The fact that the final outcome might not end up being much different was irrelevant because this was a question of jurisdiction, i.e. no jurisdiction meant any decision was unenforceable. Accordingly, Oak was not entitled to the £431,291.81.

We will all have to revisit our LOIs because the one issued by OD to Oak was drafted in similar terms to many that come across my desk on a day-to-day basis. We will need to ask ourselves, are the terms of the LOI sufficiently clear or unclear, i.e. do they achieve what is intended?

Alternatively, if/when we embark on the adjudication claims lottery we will all need to consider carefully what substantive terms apply, e.g. how sums due (or not due) are to be calculated? Is this on the basis of the LOI or by reference to the valuation mechanism in the form of contract referred to but yet unexecuted? If you get that wrong, you are likely to end up paying lots of money to lawyers, claims consultants and adjudicators as OD and Oak did. This is a point the judge was alive to when urging the parties to consider resolving their dispute through ADR, such as mediation.

This brings me neatly back to Mr Cummings. Perhaps he and others in political life should also consider resolving their differences by some form of private ADR, but this is far easier to say than do, especially in the world of politics.

Dominic Cummings is at "the beginning of the end" of his time in Downing Street after he and a close ally lost a bitter power struggle within No 10, sources said on Thursday night. 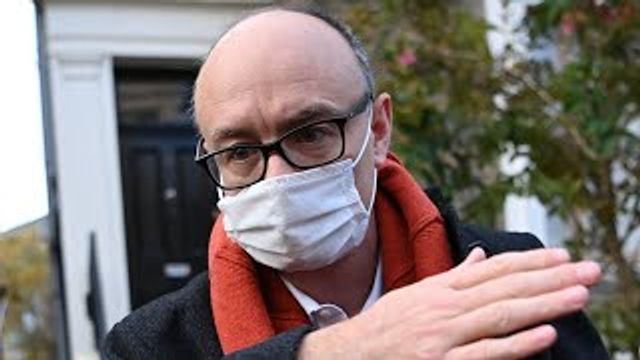 Dominic Cummings was left hugely weakened after Boris Johnson effectively called his bluff over the resignation of Lee Cain as director of communications https://t.co/h7EJDYi2dE