There we have it, Harry and Meghan are off to start their new life together as non-working royals. I wish them (and little Archie) the very best for the future.

Their change in status and career follows the agreement reached with Harry's gran (oops, there goes my knighthood) and illustrates the fact that whatever the situation is, it is far better to reach an agreement than end up in a dispute. This simple reality applies equally to current confusion over whether construction projects should continue or not in light of the COVID-19 pandemic.

Some say it does and some say it does not. The JCT drafting committee, for example, did not define it which means it may be meaningless. This makes any claim for an extension of time (EOT) open to 'debate' especially given the fact that the Government has not expressly stated construction sites should shut down.

Only yesterday, the Right Hon Alok Sharma MP wrote, "The Government has advised that wherever possible, people should work at home. However, we know that for many people in construction their job requires them to travel to their place of work, and they can continue to do so. This is consistent with the Chief Medical Officer's advice." [my emphasis]

Such pronouncements do not appear to support the proposition that the COVID-19 pandemic per se amounts to force majeure. Others will disagree and in the context of a construction contract, a dispute will arise and an adjudicator will earn some (well, quite a bit of) money.

Of course, under the JCT forms the Contractor only gets time for force majeure.

The exercise of a Statutory Power?

Some suggest that the Government guidance is the exercise of a statutory power and, therefore, the Contractor is entitled to an EOT.  But it is not entirely clear what the particular statutory power is that has been exercised.

Under Schedule 22 of the Coronavirus Act 2020, the Secretary of State can issue directions closing specific sites or construction sites generally but this has not (as is reported in Scotland) happened in England. Accordingly, it is unclear how an EOT can be awarded on this basis but other will disagree and the nice man (it usually is a man) appointed by the RICS (they do most of the appointments) will decide who he prefers and send the other party an invoice.

As with force majeure, the JCT forms don't give the Contractor any additional money, only time where the exercise of a statutory power applies.

COVID-19 amounts to frustration of the contract?

I have covered this in a previous article and I still consider Chief Vitalstatistix is correct when saying this proposition sounds like a load of Cacofonix! Others will disagree and, once again, the adjudication process will be invoked if no agreement can be reached.

More recently, a number of advisers appear to be telling their clients to terminate the construction contract after the Works have been suspended for the prescribed period of time. The default under the JCT forms is typically 2 months.

Precisely why a party would want to do this is unclear but each project is different. In addition, what happens when the adjudicator decides that the decision to close the site and 'suspend' the Works has nothing to do with any of the permitted reasons? It seems likely that Mr Adjudicator (as I say the majority are male) will appear and with a wave of his pen decide the suspension was in breach of contract. Once again this will be an expensive exercise.

How about doing as Harry & Meghan did and get an agreement?

Standing back, getting an agreement (a 'cessation agreement') before closing down the site seems far more sensible because:

Some may disagree but I suspect those that do will be the ones who hope to resolve the disputes arising from the COVID-19 pandemic.

Conclusion - cessation agreements are good for you

We lawyers always enjoy a good 'debate' but I would suggest that the benefits of reaching an agreement before the Works are suspended and the site closed, far outweigh the time and cost uncertainties of not doing so. It may take a few days to conclude a cessation agreement but it will save everyone a lot of pain when we emerge from this COVID-19 pandemic. 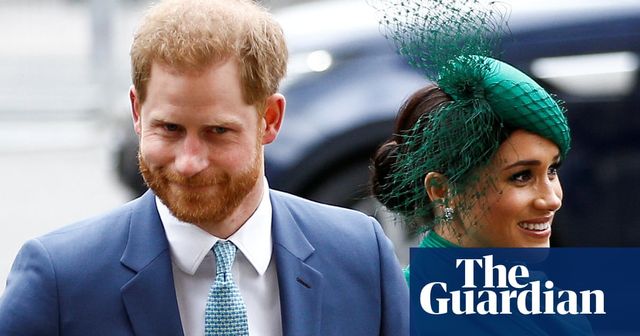