Remember the TV Ground Force team lead by the great gardening guru and novelist (of a kind), Alan Titchmarsh? He and his team would appear at someone's home and, within 48 hours, transform a wasteland of a back garden into an oasis of calm and wooden decking.  The unknowing owner would then reappear, be shown the garden, break down in tears and get a hug from the team. They even popped down to South Africa in 2000 to sneak in a bit of weeding in the then former President's garden.

In contrast to Alan and his team of gardeners, I very much doubt that Mr & Mrs Burgess are hugging Ms Lejonvarn following her offer of free advice of a garden make-over. Not only did they end up in court, it has now cost them some £2m in costs. What is far more interesting (albeit not for Mr & Mrs Burgess) is what this case says about the duties owed by a professional person who provides advice for 'free'.

It also suggests that the courts remain the battleground for the wealthy and us mere mortals should consider alternative forms of dispute resolution, i.e. old-fashioned discussion, new age mediation and (dare I say it) adjudication although the last of these is getting very expensive too these days. It is also not generally used in disputes involving residential occupiers, i.e. home-owners but it can be.

I have covered this case court battle previously back in  December 2018 and the key points are:

But even if you can establish points 1 to 4, you still need to show that there was a breach of that duty of care and that this breach caused the loss you are seeking to recover. So, by example, a judge in a previous round of this court battle had not found Ms Lejonvarn liable for defects in the landscape contractor's works. Therefore, she was not be liable for the cost of making good those defects.

The press reports say the Mr & Mrs Burgess are looking at a legal costs bill of £1.5m to £2m which is rather more than the £265,000 project cost overrun they had claimed from Ms Lejonvarn.

The Court of Appeal's criticism of Mr & Mrs Burgess is stinging and the fact that Ms Lejonvarn has been awarded 'indemnity' costs, i.e. the burden lies on Mr & Mrs Burgess to demonstrate her costs are unreasonable, reflects the court's adverse view of their conduct. I suspect this costs bill is also going to be an arena of further dispute between the parties, i.e. more legal cost will be spent arguing over existing legal costs.

While one can understand why Mr & Mrs Burgess wanted 'justice' there is, in such disputes, a need (and it is far easier to say than do) to stand back and take stock of where one is. The phrase 'cost:benefit' analysis is frequently used by people but do we truly do this when faced with what we consider to be a serious 'injustice'?

Aside from such things as mediation, perhaps Alan Titchmarsh and his Ground Force crew should have been called back to spend 48 hours doing a garden 'make over' at Mr & Mrs Burgess house. We will never know if this form of ADR would have worked but it would have made for good reality TV. 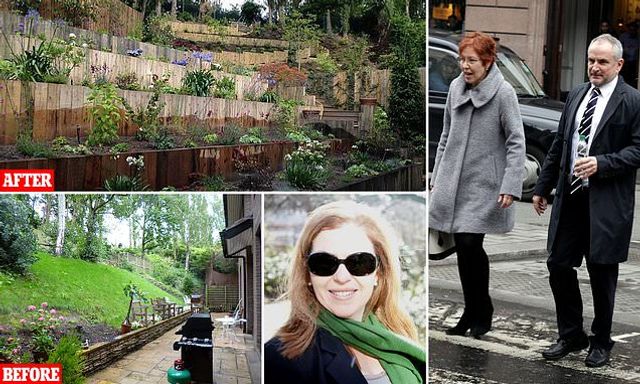