Oh dear, what is going on in Game of Thrones (GoT)? The series was nearly complete with only two episodes left but now events (and characters) seem to be in disarray.

As I watched the latest instalment the only thing that came to mind was that of a client calling me to say how, after many years of excellent work, the building contractor and his subbies were rushing about site in a frantic attempt to get things finished. As a result, the quality of workmanship was falling and mistakes were being made. Indeed, some items of work that had been completed were now being damaged in the frantic attempt to get everything finished in time. Some refer to such activity as 'botching'. Quite rightly the client asks, 'what can I do? Can I sack the building contractor?'.

Assuming, for the sake of argument, that the client is not Daenerys Targaryen and the owner of a fire breathing dragon, one option to bring such botching activity to an end is to:

(b) thereafter, make use of the standard provisions in the building contracts published by the Joint Contracts Tribunal (JCT) that allow the client to accept defects in return for a deduction being made from the Contract Sum. Such a provision is pretty standard in the JCT suite of contracts, for example, see clause 2.10 of the Minor Works Building Contract 2016 (MW 2016). In other words, get someone else to fix the defect without being in a rush. In my experience, however, this standard JCT provision is rarely used (or even considered) by clients save when they are advised that it exists.

Of course, the client may end up paying a bit more to get the defects corrected by a different building contractor but that is likely to be a small price to pay compared to the alternative, namely a good job made bad by botching. In any case, it is always easier to make a deduction from monies that might otherwise be due than it is to pay money over only then to have to ask for an over-payment to be repaid.

Other options do exist which, in return for a House Lannister promise of payment, can be explained. That said, after series 8, episode 5 there are not be many Lannister's left.

Game of Thrones, season 8, episode 5, The Bells review: the series has been ruined beyond repair 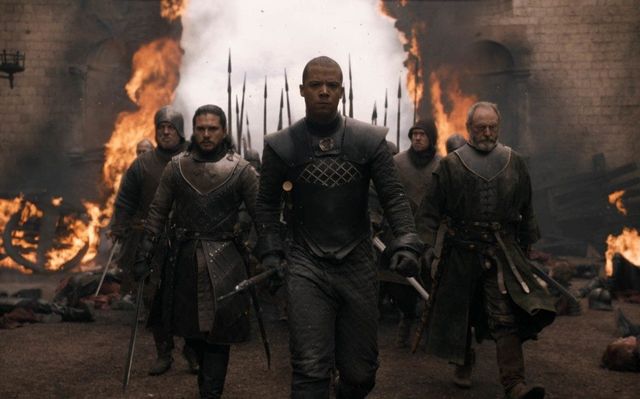