A year ago Mike Coupe, the Sainsbury's CEO, was caught singing "We're in the money, the sky is sunny, let's spend it, lend it ..."  whilst waiting to be interviewed by ITV (you can still view it on YouTube). Last week the Competition and Markets Authority blocked the proposed Sainsbury's-Asda merger and today the media reports are that the money has certainly been spent, some £46m on the aborted merger.

Assuming something is complete before it is complete is not an uncommon occurrence.  It happens in construction projects too because contractors, like Charlie in Roald Dahl's 'Charlie and the Chocolate Factory', seek their equivalent of the 'golden ticket', namely the certificate of practical completion. But what the contractor believes practical completion to be is often very different to what the client believes it to be.

What is 'practical completion' and why does it matter?

Practical completion (or PC) matters because when it happens some or all of the following will apply:

(1) the contractor is entitled to payment of one-half of any retention monies that have been withheld during the course of the project and cash flow is the lifeblood of a business;

(2) the client's right to withhold or deduct monies by way of liquidated damages (frequently referred to as LADs) comes to an end for the period post PC;

(3) the Rectification or Defects Liability period starts to run;

(4) the 12 week period for the contract administrator's review of the  contractor's entitlement to an extension of time (EOT) starts to run;

(5) typically any performance bond provided by the contractor will be discharged (save for claims already notified); and

(6) the contractor can demobilise and/or significantly reduce its project team, i.e. reduce its outgoings. Indeed, the staff can be move to the next project.

So what is 'practical completion'?

You would assume the parties' construction contract would give you the answer but you would be wrong. Indeed, save for the Major Projects Construction Contract, 2016 Edition, none of the forms of contract published by the Joint Contracts Tribunal (or JCT) define what 'practical completion' means. If you don't believe me then pick up the JCT DB 2016 form and read clause 2.27. This says as follows:

and practical completion of the Works ... shall be deemed ...to have taken place on the date stated in that statement."

And helpfully the list of definitions in clause 1.1 says:

This is not that helpful.

What is the solution?

The parties have two choices when entering into their construction contract: first, agree wording that sets out what is meant by practical completion; or second, rely on what the judges say it means.

Option one (including your own definition) is quite common these days and agreeing what an important term of a contract such as practical completion means is usually beneficial to everyone. Unfortunately, it will never remove the ability for parties to argue over whether the definition has been met or not. One risk, however, of being too overly prescriptive as to what is and what is not meant by practical completion is that the definition could be held to be a 'penalty' provision. If that were to happen the agreed definition would be unenforceable and option two would apply.

Option two (rely on the judges' definition of practical completion) is probably what most parties to construction contract do. Whether such reliance is intentional or not is unclear but the judges' meaning is set out in the recent Court of Appeal case of Mears v. Costplan Services (29 March 2019). In summary, practical completion means the following:

(1) PC is easier to recognise than define.  There are no hard and fast rules;

(3) As for patent (known) defects there is no difference between (i) outstanding work being works that have yet to be completed and (ii) defective works that need to be remedied. Typically ‘snagging’ lists do not distinguish between them;

(4) The current view is that PC can be summarised as “a state of affairs in which the works have been completed free from patent defects, other than ones to be ignored as trifling";

(5) Whether an item is trifling or not is a matter of fact and degree to be measured against “the purpose of allowing the employers to take possession of the works and to use them as intended”.  However, one must still consider the nature and extent of the items of work which remain to be completed/remedied even if the building (such as a house) is capable of being inhabited.  Accordingly, simply being able to take possession of a building does not, without more, amount to PC; and

(6) Just because a defect is irremediable does not mean PC has not occurred. The issue of whether a defect can be repaired economically or not goes to the issue of the measure of loss (damages) and not to PC.

Option two is, one could suggest, a case of "you know PC when you see it".

It is perhaps surprising, given the contractual importance of the term, that parties do not agree to define expressly what they mean by 'practical completion' when entering into construction contracts. Therefore, the Court of Appeal's guidance in Mears v. Costplan as to what the judges consider practical completion to mean is to be welcomed even if, as I suggest, it is a case of "you know PC when you see it".

Of course, people will continue to convince themselves that a deal is done or works are complete only to discover this is not the case. The consequence of this is likely to be a strong exchange of views and, possibly, a legal dispute.

As for Sainsbury's shareholders (who probably include me through my pension scheme) I am sure they can all seek some comfort in the words of Battery Serjeant Major Williams (aka the late Windsor Davies), "Oh dear, how sad, never mind".

Sainsbury’s promised to accelerate investment in its stores and technology as it reported a 42pc fall in full-year profits. The UK’s second largest supermarket, still smarting from the competition regulator’s decision to block its proposed £10bn merger with Asda, reported full year pre-tax profit of £239m, down from £409m in the previous year. 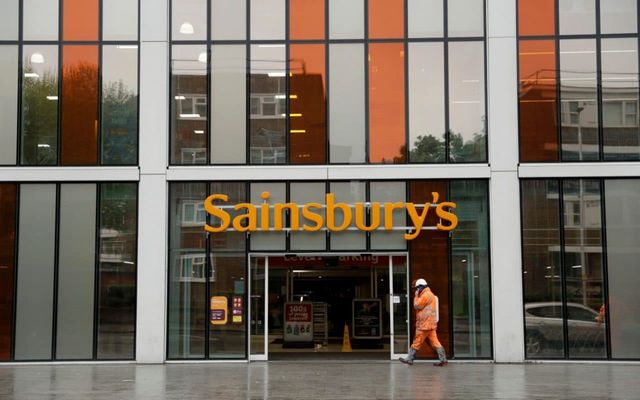