The same day as ‘our brothers and sisters’ brought much of the nation’s railway system to a standstill, three Court of Appeal judges (well two because one disagreed) decided that Abbey was entitled to £908,495.98 awarded by an adjudicator for breach by Simply of a collateral warranty signed some 4 years after practical completion. While, therefore, industrial relations in the railway industry went back towards to the 1970s (and Arthur Scargill has reappeared on the picket line) the march forward of the all-encompassing construction adjudication industry continued. Should any of this have come as a surprise to us?

Not really because, apart from the war in Ukraine, concerns about the economy including inflation and the rising cost of living have been mentioned for many months. Therefore, actual and threatened industrial action is unsurprising and (like Mr Scargill too) never really went away. The same can, I suggest, be said of collateral warranties coming within the definition of a ‘construction contract’ in section 104 of the Construction Act 1996 because that was the outcome of the earlier decision in Parkwood Leisure.

In the Abbey v. Simply case the outcome is also not surprising because:

Who might be concerned at the Court of Appeal’s decision?

Apart from Simply who ended up having to pay Abbey £908,495.98, I suspect those being asked to provide warranties and, more particularly, the professional indemnity insurance market may be concerned. If they are, this might be due to one or more of the following reasons:

A ‘warranty adjudication’ could be made many years after the works are complete and at a time when all of those involved have ‘moved on’ and the relevant papers filed away and/or mislaid. But that can arise (and does) in many cases.

Construction adjudication is a relatively quick (28/42-day period, can be longer) process in terms of reaching a decision as to who owes what to who and improving the payment regime in the construction industry underpins the 1996 Act. That was a point noted by the Court of Appeal in the Abbey case.

A warranty adjudication will be a ‘classic’ claim for damages for breach of contract. It is not going to be a ‘smash & grab’ adjudication or a ‘proper valuation’ dispute common to adjudication.

This means, such warranty adjudications are likely to require expert evidence on issues such as, did the structural engineer fail to exercise all the reasonable skill, care and diligence in the design of the foundations as is warranted, under collateral warranty, to the purchaser of the new constructed City office block? Many say adjudication is not suited to resolving such ‘technical’ disputes but claims for extensions of time are referred to adjudication and these involve the use of expert programming evidence. Adjudicators seem able to deal with these claims.

‘Ambushes’ are a common theme in adjudication, i.e. the claiming party has months to marshal its evidence whereas the responding party does not. This might be a concern with warranty adjudications but, once again, adjudicators and responding parties seem capable of dealing with so-called ambushes. In many cases, ambushes arise because the responding party adopts an ‘ostrich’ tactic until the inevitable happens by when it is all too late.

I am sure other objections will be raised.

It’s likely that warrantors and/or their insurers will seek to change the wording of collateral warranties in an attempt to take them outside of the ambit of section 104 of the 1996 Act. This is probably going to involve seeking:

It is noteworthy that following the earlier decision in Parkwood Leisure, warranty wording did change from “warrants, acknowledges and undertakes” to simply “warrants” and it was for this very purpose, i.e. to avoid the collateral warranty being held to be a construction contract. Unfortunately for Simply, this change in wording was not sufficient because the warranty in Abbey v. Simply used only the word “warrants” when setting out Simply's obligations towards Abbey. In other words, more ‘avoidance’ drafting will be required.

Perhaps the Abbey case will see a greater willingness to make use of limited TPRs instead of collateral warranties. If this is the case, one must still look to what the wording used says.

There is a lot of fuss in the legal press but has much changed? I am not sure it has because back in 2013 the court decided in Parkwood Leisure that a collateral warranty could be a construction contract but it depended on the wording. That decision was never overturned and was not disagreed with by the TCC judge or the Court of Appeal in Abbey v. Simply. Therefore, while the Court of Appeal’s clarification is very welcome, I don’t consider it to be transformational as some might say.

I am not convinced (if this is a genuine concern) there will be a rush of ‘warranty adjudications’. Indeed, as far as I am aware the majority of claims in construction projects are made under the principal contracts, i.e. the building contract and/or professional appointments, not under collateral warranties save possibly against a sub-contractor by an employer. I could be wrong but in my modest 31 years of practice I can count the number of collateral warranty claims on one hand and have digits to spare. That all being said, if there is a flood of such adjudications, I am sure everyone will be able to cope.

In conclusion, when you next get a draft warranty to agree check what it says about future or ongoing obligations on the part of the warrantor. If it is silent on these and/or looks only backwards to a past state of affairs, you may (if you are the beneficiary) want to get some advice before agreeing to it.

‘Is that who I think it is?’ Arthur Scargill joins rail picket line in Sheffield Former NUM leader says he feels duty-bound to offer his support to striking workers, and has choice words for Starmer and Johnson 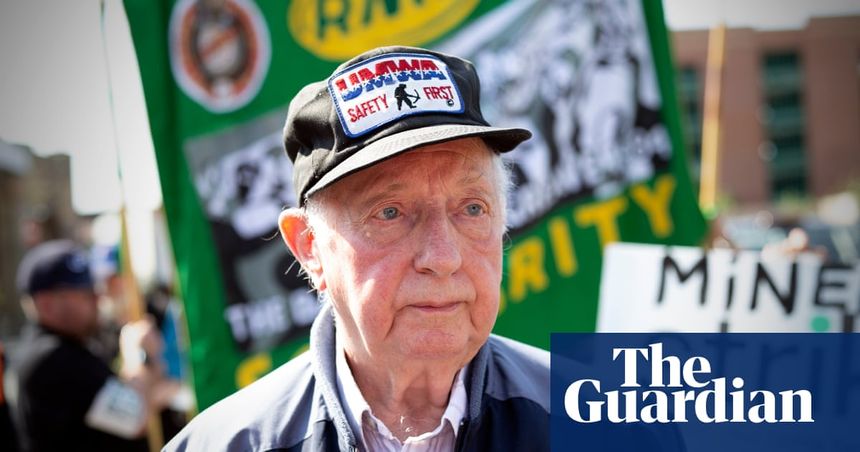 ‘Is that who I think it is?’ Arthur Scargill joins rail picket line in Sheffield https://t.co/SyDRIK6dyb