I was, in my younger days, an avid fan of the Mr Benn cartoon series, so I read the news of the recent death of its creator, David McKee, with a mix of sadness and fondness. The latter due to memories of watching Mr Benn on his many adventures while home from school.

For readers who know nothing of Mr Benn, the stories involved the bowler-hatted Mr Benn going to a fancy-dress costume shop (owned by a fez-wearing shopkeeper), choosing a costume, and entering a world of adventure. Thankfully, everything always worked out well (the goodies won) and Mr Benn returned to his everyday bowler-hatted life. I am sure some very clever people can explain the reason for Mr Benn’s escapism from his everyday life, however, I just enjoyed the stories.

The enjoyment I derived from my memories of Mr Benn was lacking when I happened to read some recent papers filed at Companies House concerning the demise in early February 2022 of a well-known construction group. The publicly available papers reported that the contractor’s demise was due to a variety of reasons, including the pandemic in 2020 and a large balance of disputed debts. So, no surprise there, then.

But there is always a silver-lining (for some) and one also reads from the filed papers:

At this point I should add that one part of the business was sold-off in a ‘pre-pack’ and continues to trade, a silver-lining perhaps for those employees and its clients, but probably not for its unsecured trade creditors.

Had Mr Benn chosen the costume of a lawyer (a dreadful idea), he might have come up with some practical tips on how to avoid or manage the worse effects of a contractor’s insolvency part way through a project. Indeed, Mr Benn might have adopted my own September 2020 list (see previous MT post) of eight practical tips on how a developer/employer could avoid having to pay the liquidator of a business that has failed and left the developer/employer to employ others to complete the job. These tips were:

To the above eight tips, Mr Benn might have added three more:

One must mention the recent case of Levi Solicitors LLP v. David Frederick Wilson, JKR Property Development Limited [2022] EWHC 24 (Ch) which is generating lots of legal articles and, in summary, covers the situation where the contractor becomes insolvent and the employer employs others to complete the Works. In this situation, a certificate is to be issued by or on behalf of the employer within 3 months after the completion of the Works and the making good of defects. This certificate is, in effect, to be a final account showing (i) what it would have cost to the complete the Works had the contractor not gone ‘bust’ and (ii) what it did cost to complete the Works.

Usually, (ii) will exceed (i) and a sum will be owed by the contractor to the employer. But as the contractor is insolvent the employer will get £nil from the insolvency and will have to look to the bondsman (if any) to make good the loss.

The Levi Solicitors case is a timely reminder that on insolvency a discrete set of contractual provisions apply, and these are common to the JCT suite of building contracts. Indeed, these provisions apply automatically on the contractor’s insolvency regardless of whether the employer formally terminates (which it is entitled to do) the contractor’s employment or not. In simple terms, as from the date of insolvency no further sum is payable and the final account for the Works is to be set out in a statement issued by or on behalf of the employer following the completion of the Works and the making good of defects. The previous payment mechanism of interim or stage payment no longer applies.

This is certainly beneficial to the employer, but one should not forget that this final account statement is not (unless one amends the contract to say it is) final and conclusive, i.e. the contractor (well, the insolvency practitioner) can dispute it and frequently does.

While the JCT suite of contracts provide that this final account certificate is to be given within (typically) 3 months of the making good of defects, the Levi Solicitors case says this time period is not, in contrast to the prescribed period for giving a pay less notice, strict. In other words, a final account statement given after the expiry of this 3-month period will still be valid. That all being said, Mr Benn’s tip would, I am sure, be to aim to serve the statement within the contractual period but in the knowledge that the insolvency practitioner’s claims consultant is likely to dispute it in the hope of extracting some 'nuisance' payment.

Given the length of time that passes between the date of insolvency to the completion of the Works and the making good of defects, i.e. 12+ months, one can understand why Mr Benn never chose the costume of a developer/employer or contractor; it would have made for a very long and, one might say, very unexciting children’s adventure.

Finally, my favourite Mr Benn’s episode is probably “the Clown” because it reminds me of some of the demands for payment that come into my inbox from claims consultants following the insolvency of a contractor. These inevitably demand immediate payment of 100% of the retention which, on any analysis, could never have been properly due.

David McKee obituary Creator of Elmer the Patchwork Elephant and Mr Benn, who wrote and illustrated children’s classics David McKee with an illustration showing characters from his story Mr Benn. Photograph: Linda Nylind/The Guardian Julia Eccleshare Fri 8 Apr 2022 16.56 BST 15 The author and illustrator David McKee, who has died aged 87, created some of the most loved and admired children’s picture books of the past 40 years, including Mr Benn, King Rollo and Not Now, Bernard. He was best known for his stories about Elmer the Patchwork Elephant, who loves to play practical jokes and longs to fit in. 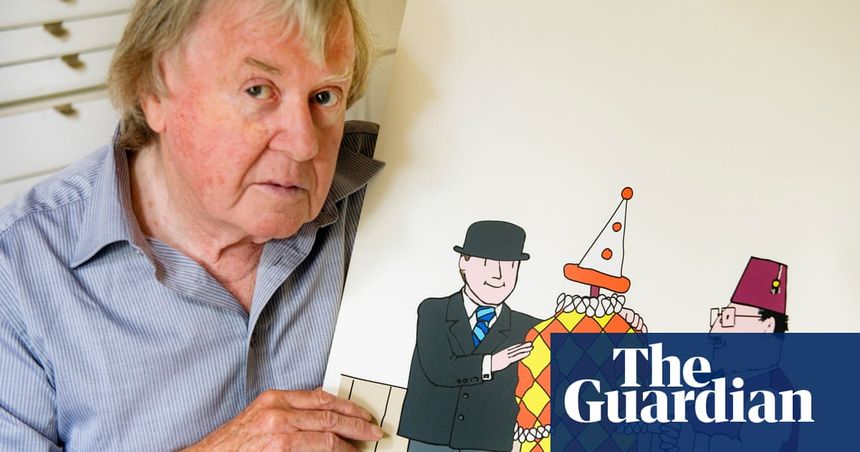