Farmdrop, the UK online grocery start-up, has ceased trading, having failed to raise enough cash. This is bad news for those customers awaiting delivery of their brussels sprouts and parsnips for Christmas, and worse news for Farmdrop's employers and creditors. However, its collapse illustrates that cash is and remains 'king' and this is the primary justification for the proposed ban on retentions in the construction industry.

While many of us have been focused on the antics of our political 'masters' (I use that word in the loosest sense possible), the crossbench peer Lord Aberdare has introduced the Construction (Retentions Abolition) Bill which, to quote from an advertisement, "does what it says on the tin", or purports to.  The Bill does this by adding a new section 113A into the Construction Act 1996 (as amended).

In summary, the Bill:

All very clear and simple, i.e. the contractor gets paid 100% of the notified sum (subject to any effective 'pay less' notice) and if the Employer withholds any money by way of a retention he must pay this within 7 days. And, of course, if the Employer does not pay it by this 7-day deadline, the Contractor is free serve a notice to suspend all or part of the Works.

Not so fast – could there be problems with this Bill?

Well, not if your project is in Scotland or Northern Ireland, because the Bill won't apply there ("yippee", I hear). It will also not apply to contracts with residential occupiers (section 106 of the 1996 Act), those for operations that are not 'construction operations', or those contracts the subject of an exclusion order.

Therefore, one must check before either withholding the ‘usual’ 5%, or demanding payment within 7 days of the full sum not being paid. I foresee a judgment or two on whether the Employer can or cannot withhold a retention, i.e. why pay money when you can delay payment by having a good old-fashioned 'argy-bargy' before a judge? It has happened before and will happen again.

In addition, the Bill expands the definition of ‘construction contract’ caught by 113A to include:

“in addition to the meaning given by section 104, also includes any additional contract created to have a similar effect for the purposes of withholding monies which would otherwise be payable under the primary contract to provide the payer with security for the current and future performance by the payee of any and all of the latter’s obligations under the primary contract”.

The Bill also defines “retentions” as:

“… monies which are withheld from monies which would otherwise be due under a construction contract, the effect of which is to provide the payer with security for the current and future performance by the payee of any or all of the latter’s obligations under the contract.”

Crikey, what on earth does that all mean?

Well, the expanded definition of ‘construction contract’ is, one assumes, an anti-avoidance measure aimed at those payers (Employers and/or Main Contractors) who may seek to use separate agreements to allow them to keep hold of the retention. Again, one can foresee a judgment or two on what falls within the scope of this 'expanded' definition.

Of course, none of this will affect the parties’ contractual freedom to enter into a construction contract  providing for stage payments, one or more of which is payable on the making good of defects and/or the issue of the final certificate. That is not currently contrary to the Construction Act 1996 and would not be contrary to this Bill. Now I have said that, the promoters of the Bill will probably introduce an amendment to prove me wrong.

The definition of "retentions" puts into words what is meant by “retentions”, i.e. we all know what we mean but we have to spell it out. Despite this, I would not be surprised if we were to see a court judgment or two over what is and what is not a retention?

This is a move promoted, the construction press reports, by main contractors, specialist contractors and some employers. Its promoters point to, amongst other things, the collapse of Carillion that was owed, it has been said, some £800m in retentions when it went 'pop' in January 2019. However, I am not entirely convinced the existence of retentions was the root or sole cause of Carillion’s collapse.

The rationale for the abolition of retentions is cashflow, the importance of which the late Lord Denning MR recognised several decades ago when he said, "There must be a 'cash flow' in the building trade. It is the very lifeblood of the enterprise" (Gilbert-Ash (Northern) v. Modern Engineering (1974). That is all fine and dandy provided the Works are certified as having achieved practical completion (PC) either as expressly defined by the parties in their contract, or as defined at common law, which means 'complete' save for de minimis (too trivial to merit consideration) items. Unfortunately, this does not seem to happen in practice, because the PC certificate is invariably accompanied by a 10+ page list of 'snags' which, on some occasions, never get ‘fixed’ leaving the Employer (the payer) having to employ someone else to finish the Works.

In one relatively recent case that came across my desk (a hotel project), the Contract Administrator (CA) had, bless him, certified the Works as having achieved PC despite the very lengthy ‘snagging’ list (admittedly in font size 6 so it was shorter that it could have been) including no commissioned and working Building Management System (or BMS). There was also no fire certificate. Anyway, I listened very carefully to the CA’s explanation as to how the hotel was capable of being used for its intended purpose without a working BMS etc, before asking him to inform his PI insurers at which point the phone went dead.

Putting this all another way, by all means ban retentions but do so on the basis that the Works will be complete and not 95% complete with the remaining 5% of work, i.e. the so-called snags’, being done in 12+ months’ time, if at all. These two issues are, I consider, inextricably linked, which means a drafting change to the existing family of JCT contracts and/or a cultural change on site if/when this Bill becomes law in January 2025.

Do I need to panic about this Bill?

Not yet. The Bill had its first reading on 25th October 2021 but has a long way to go. For now, retentions remain and if/when the ban on retentions comes into effect, one can always agree stage payments, including one payable on the issue of the certificate of making good defects.

In addition, if one is lucky enough to have the benefit of a performance bond, one can make that expire in full or in part on the making good of defects, i.e. if contractor fails to make good the defects during or following the end of the defects and/or rectification period, the Employer/payer can call in the bond.

In conclusion, 'cash is king' and will remain so for all businesses, but banning retentions cannot be viewed in isolation from the corresponding obligation to complete the Works fully, not complete subject to a long list of 'snags' which may or may not get fixed at some point in the future.

Christmas deliveries for thousands of Farmdrop customers are at risk after the upmarket grocery website ceased trading. The company has told its reported 10,000 customers on Thursday that it is closing permanently. Deliveries have now stopped. Farmdrop's closure is at risk of disrupting festivities as many customers are likely to have ordered their Christmas dinners through the website. The business has logged a notice of intention to appoint administrators at the High Court, typically a precursor to an insolvency process, after it failed to raise emergency cash. 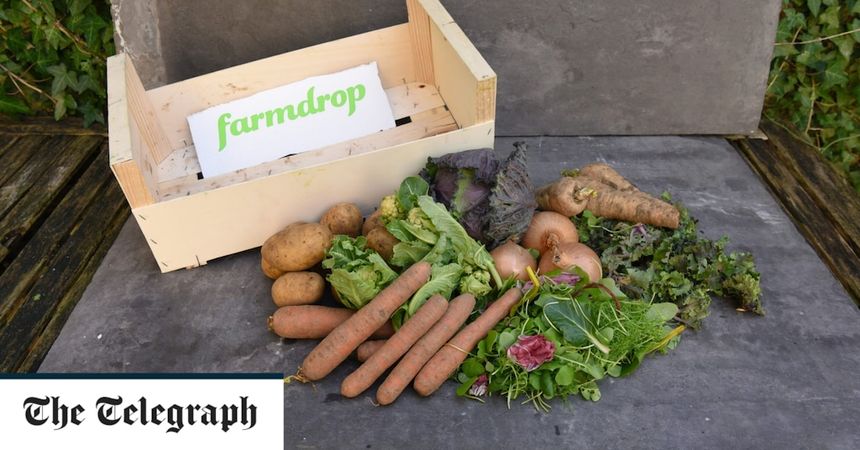 Trespass to be made a criminal offence
James Howland
repost  cancel