So, life is returning to normal following 18-months of lockdowns, redundancies and furlough. Employees are returning to the office (some to new ones due to the "great resignation"), the FTSE 100 is well above 7,000 and commercial landlords are reporting the rising value of their property portfolios. Also, students are back and, in many cases, have returned to face to face (mask wearing) lectures and tutorials.

Everyone is happy. Well perhaps not, because one of the many consequences of the COVID-19 pandemic has been its impact on construction projects. Contractors (and their 'no win, no fee' claims advisors) have been shouting 'force majeure' whereas the clients (and their advisors) have been responding, 'rubbish, all sites remain open as per the Government's announcements. You just need a COVID-19 secure workplace'. These differences of opinion are now starting to keep the judges busy too and a recent case, set in the background of the March 2020 national lockdown, is that of Mansion Place Limited v. Fox Industrial Services Limited (12 November 2021).

In February 2020, i.e. the month before the first national lockdown was announced, Mansion engaged FIS as the design and build contractor for the refurbishment and extension of student accommodation in Nottingham. The building contract (the widely used JCT Design and Build Contract, 2016 edition) provided for sectional completion and liquidated damages at the rate of £100 per bed per day and £1,000 per week for external areas.

Soon after work started, FIS claimed there were delays to the Works caused by the COVID-19 pandemic and by Mansion's failure to give possession of the site clear of students, a situation that continued until 29 June 2020. FIS sent Mansion some 'informal' emails in May and June 2020 complaining about the delay in not handing over possession of the site by 4 December 2019 as per the building contract. Mansion disputed this, claiming the 4 December date was a typo because FIS knew the students would not be moving out until the summer 2020 break and, in any event, the delay was down to an FIS design failure that needed correcting. In other words, an everyday example of each party blaming the other.

In August 2020 Mansion notified FIS of a possible claim for liquidated damages. FIS responded (as one does) by setting out, in more formal terms, the basis of its entitlement to an extension of time, indicating a completion date of 26 October 2020. This was followed by Mansion serving Notices of Non-Completion and FIS reiterating its claim for an extension of time and alleging that any deduction of liquidated damages would be an act of default by Mansion.

The delay to completing the Works continued and the parties continued to discuss their competing claims, namely Mansion for liquidated damages and FIS for an extension of time and loss and/or expense. As part of these discussions, on 14 October 2020 (during a brief 'hands free' telephone conversation) Mansion agreed to abandon its claim for liquidated damages in return for FIS abandoning its claim for loss and/or expense, i.e. a time no money deal.

Notwithstanding these discussions, on 13 November Mansion issued a 'pay less' notice against a payment notice in the sum of £367,103.44, and notified FIS of its intention to claim liquidated damages. FIS responded on 16 November saying that as far as it was concerned the parties had reached an agreement on 14 October, namely that they would each abandon their respective claims. Mansion did not, at the time, expressly dispute what FIS said.

The dispute went to adjudication with FIS saying the brief 'hands free' telephone conversation was binding and prevented Mansion from claiming liquidated damages, i.e. it had to pay FIS the £367,103.44 interim payment. Mansion denied there was any such binding agreement. The Adjudicator agreed with FIS, awarding it the full £367,103.44 claimed plus interest.

Mansion was not very happy, so started court proceedings for a declaration that no such binding agreement existed. In other words, despite any brief 'hands free' telephone conversation, it was still entitled to claim liquidated damages and, in practical terms, deduct these from the £367,103.44.

The judge noted that despite serving the pay less notice etc on 13 November, at no point did Mansion deny FIS's claim on 16 November that the parties had reached an agreement during the brief 'hands free' telephone conversation on 14 October. The adjudicator had (in the face of differing witness evidence) found this "telling" whereas the judge found Mansion's subsequent witness evidence as to why no express denial had been sent to be "unpersuasive". Ultimately, the judge reached the conclusion that the parties had reached a final agreement and not a provisional one pursuant to which Mansion agreed to forego its claim for liquidated damages. This agreement was binding on the parties.

FIS did cross-claim for its own declarations to the effect that the liquidated damages provisions were unenforceable for a variety of reasons. The judge rejected each of the reasons given but because the judge had found FIS's favour  in respect of the binding nature of the parties' brief 'hands free' telephone conversation, the cross-claim was irrelevant, i.e. FIS still won.

Immediately after Boris appeared on the nation's TV sets to pronounce 'Stay Home, Protect the NHS, Save Lives' the construction sector, like everything else, entered a period of uncertainty or, 'unprecedented times'. In response, some clients chose (for very good reason) to close their sites while others chose to 'keep calm and carry on'. Whichever route you and your clients took, the key (as illustrated by the Mansion v. Fox case) is to ensure that whatever is agreed is recorded in writing so you don't end up before an adjudicator and then a judge, which is all very expensive.

British employers added 160,000 workers to their payrolls in October, official figures have revealed. It was the first month after the end of the Government's job-protecting furlough scheme. At the same time, the unemployment rate for July to September fell to 4.3pc, down by 0.5pc compared to a year earlier, the Office for National Statistics said. 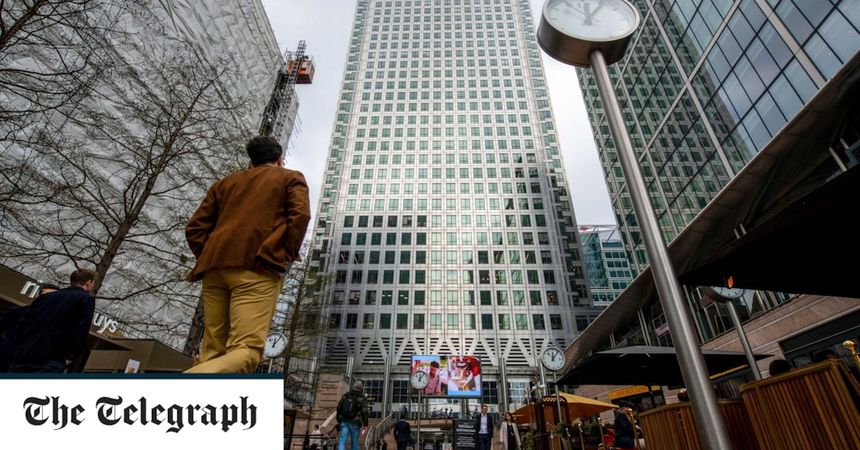