One could, given all the reports of increasing disharmony amongst the Royals (and former Royals), be forgiven for missing a momentous change to the preparation of written witness evidence for use in court trials that come into effect as from 6 April 2021. However, ignorance of the snappily titled Practice Direction 57AC will be no excuse, especially if those involved in the latest (and seemingly endless) round of Royal allegation and counter-allegation end up in court.

So, what is all the fuss about?

I am not referring to allegations of bullying or afternoon tea with James Cordon on an open-top bus.  Instead, I am referring to PD57AC and the reasons why, after a 2 year study by The Witness Evidence Working Group established by the Business & Property Courts Board, change is required.  The reason for change is three-fold:

"Mr Yurov was cross-examined across four days.  By the conclusion of his evidence I was in no doubt whatsoever that Mr Yurov was a dishonest and untruthful witness, and that his dishonesty in the witness box … was equally reflective of his approach to business dealings and his relationship with the Bank, including a willingness to deceive, as illustrated by his willingness (amongst other matters) to back-date documents so as to create a false representation as to what actually happened and when.  In consequence, and in circumstances where Mr Yurov was not a witness of truth, his written and oral evidence cannot be taken at face value or given any weight save where it is corroborated by credible evidence or is contrary to his interest.”

The other defendant witnesses fared little better with one being described as, "an unsatisfactory witness from the very outset" and another was said, "not [to] give honest answers of questions asked of him, and was prepared to lie with a view to evading evidence that he perceived as contrary to his own interests".

This may be an extreme example of the problem of witnesses telling lies and cannot be divorced fully from the first problem, namely that witnesses can ‘lie’ because they come to believe (genuinely) that white is black and vice versa.

So who is affected by this change?

PD57AC applies to users of the Business & Property Courts, which includes the Technology & Construction Courts (TCC), i.e. the one where contractors, sub-contractors, professional designers and their clients end up when they fall out.  A key point is that PD57AC applies to new and existing proceedings where a witness statement to be used in a trial is signed on or after 6 April 2021. This means 5th April will be a busy day for the signing of statements.

The lawyer’s certificate of compliance

A witness statement for use in a trial signed on or after 6 April 2021 must now be certified by the party’s 'relevant legal representative' as complying with PD57AC and the ‘relevant legal representative’ is the individual who is responsible for both the proper content of the statements and explaining this to the witness making the statement.  It has been suggested this will have to be the partner in overall charge of the case - one can imagine the deep gulps this change has induced.

The practical impact of this is likely to be twofold: first, increased cost because more work will have to be done by the individual lawyer who has to give the certificate; and second, lawyers declining to submit witness evidence where the lawyer is unable or unwilling to certify it. The latter could give rise to some 'testy' conversations between client and lawyer.

One can also foresee more work for the SRA (the solicitors’ regulatory body) and to mitigate against this, lawyers will want to keep detailed file notes of what was explained to the witness and when.  This too, will all add to the time and cost of a court case.

The witness certificate of compliance

Statement of Best Practice to PD57AC

There is help at hand in the form of the Statement of Best Practice, which lawyers and their witnesses will need to read and follow.  This refers, among other things, to witnesses only giving evidence of what they have personal knowledge of and not arguing the legal case etc.

In addition, any documents referred to by the witness or to which the witness has been referred, are to be listed. This list could, in a document-heavy construction case over a disputed EOT claim, end up being a very lengthy one. In addition, one would have to accept the fact that it may be very difficult to ‘exclude’ from this list a document that has been referred to but which suggests, contrary to what the witness recalls, the delay was down to the Contractor and not the Employer (or vice versa).

Some learned commentators suggest that parties will scrutinise these lists of documents against what the witness says and raise queries where a discrepancy or inconsistency is perceived to exist. In other words, a new strand of procedural litigation will arise with parties challenging each other over the efficacy of the witness evidence long before the trial even starts.

PD57AC represents quite a change to the production of witness statements for use in trials and it will take time to ‘bed in’. In addition, the cost of preparing witness statements (which is already significant) is likely to increase because the parties must be very careful to ensure they comply with the new requirements.

This latest change to court procedures is another reason why parties will have to consider alternative forms of dispute resolution, including mediation and good-old fashioned commercial negotiation.

The Duke and Duchess of Sussex expect to be notified if formal allegations of bullying are made against them by Buckingham Palace, it is understood. The couple have not been contacted about the investigation into claims that their staff were bullied and left “broken”, “terrified” and “shaking” with fear. 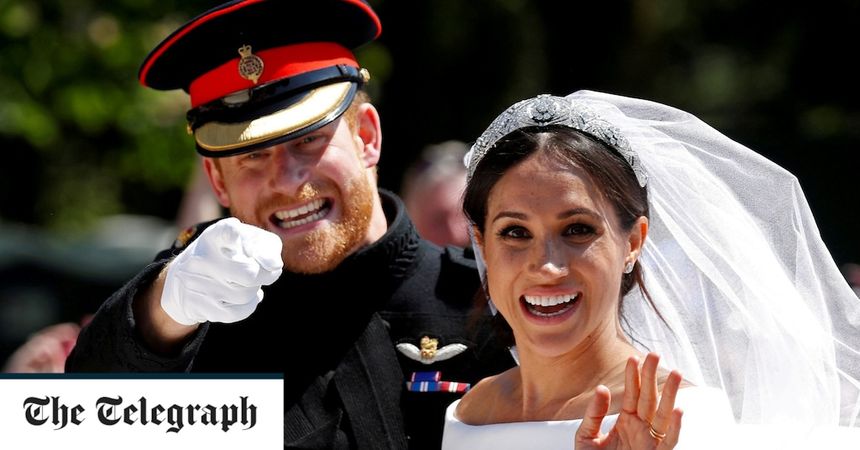 The Duchess is understood to have had blazing rows with staff over whether she could keep free clothes sent to her by top designers https://t.co/X1Zlg4O2h6

Trespass to be made a criminal offence
James Howland
repost  cancel