The current economic outlook for UK PLC is far from rosy and corporate failures in the construction sector seem likely, especially if projects currently 'on-hold' are cancelled due to a second period of national lock-down and/or the declining demand for office developments. The resulting recession in the construction market could be very different to the ones experienced in the past caused by, amongst other things, runaway 'bull' markets and questionable financial accounting. They were not due to a medical pandemic.

However, the current economic outlook is not that gloomy if you are a liquidator with a team of 'no win, no fee' claims consultants chasing a disputed final account. If you are, you are free to pursue the debt through adjudication and even if you lose, you don't pay a penny, not even the adjudicator's fees. Happy days for you.

That is the outcome of the Supreme Court's decision in Bresco Electrical Services (In Liquidation) v. Michael J Lonsdale (17 June 2020) and two weeks ago the Technology & Construction Court (TCC) was faced with an application by a liquidator to enforce an adjudicator's decision for £1.2m odd. The TCC decision is that of John Doyle Construction (in liquidation) v. Erith Contractors (14 September) and it may be wonderful if you are on the liquidator's 'no win, no fee' team. But the same cannot be said if you are the employer/developer facing the prospect of having to pay out money that you may never get back because it disappears into the 'black hole' of liquidation or, perhaps more accurately, the claims consultant's 55% share of the monies.

Reducing the risk of having to pay a liquidator

So, how do you as a developer/employer avoid the prospect of having to pay the liquidator of a business that has failed and left you to employ others to complete the project? Some practical tips to reduce the risk of such a claim are as follows:

What happens if a liquidator does start a claim?

Of course, none of the above will prevent a contractor from failing and a liquidator from knocking on your door for payment. If that does happen and you end up in adjudication, you are going to have to reach a settlement or fight the claim. Sadly, even if you win the adjudication you will end up paying the adjudicator his/her not insubstantial fees because the liquidator will have no money, but you will and the parties and jointly and severally liable for such fees. If you ask the liquidator to pay these you will probably get a polite response but no money.

If you lose the adjudication and the liquidator goes to court to enforce the adjudicator's award, you can then contest enforcement and, if you lose that too, seek a 'stay' of enforcement, i.e. a delay to making payment. Each case will be looked at on its merits, but it is probably key for you to have already started (or be well on your way to starting) your own 'fresh' court proceedings to get a judge's decision on the final account.

In many cases, the liquidator will offer financial security in return for the adjudicator's award being paid now, rather than later. In each case, it is key to look in detail at what is being offered. For example, is there an undertaking by the liquidator to 'ring-fence' the monies? If there is, how is this to work vis-a-vis the distribution of monies to the wider creditors?

Some promises of financial security can be rather illusory as occurred in the John Doyle case. The third party claims consultant offered a letter of credit by way of security for the £1.2m sum. However, on closer examination the judge concluded the offer was in fact premised on payment being received first before any letter of credit would be issued, i.e. the cart had been placed before the proverbial horse.

Security for the primary sum paid over is key but of secondary concern are the legal costs of the fresh court proceedings to recover the sum paid. In the John Doyle case the primary sum claimed was £1.2m odd. However, to get this back Erith would (if it was paid to the liquidator) have to incur more legal costs. Therefore, at the enforcement stage you might also be offered an ATE (after the event) legal expense insurance policy to cover your legal fees if you start the fresh court proceedings and win.

Again, it is key to delve into the small print of ATE policies because they frequently contain 'avoidance' provisions. These can allow the insurers to 'walk away' from the claim thereby leaving you with no cover. Indeed, the John Doyle case the judge looked carefully at these provisions and also the fact that the terms of the policy were in conflict with the terms of the 'letter of credit'. Put simply, the forms of security offered by the liquidator to allow the £1.2m to be paid were not sufficient.

The key point, therefore, is to read the detail terms of the security being offered in respect of the primary sum in dispute and, if offered, any legal expense insurance cover because both (as in the John Doyle case) could be wholly insufficient.

The court can delve into the terms of the claims consultant's agreement with the liquidator because these have been found to be champertous and void for being contrary to public policy (see Meadowside v. Hill Street Management, 10 October 2019). Therefore, ask to see the terms of the agreement and see what they have agreed about who is funding and managing the claim.

And finally - the 'silver lining'?

While the cloud of the Supreme Court's decision in Bresco allows liquidators to start (practically, risk free) claims through adjudication, the TCC in John Doyle has given a sliver of a silver lining to those who face such claims. At the very least they can, at the enforcement stage, ask the court to look at the reality of the situation and either refuse enforcement (as in John Doyle), or grant a stay. Some might say this is all an exercise in futility but that is 'new normal' post Bresco.

The recovery in UK’s bricks and mortar retail sector has gone into reverse, according to new data that shows footfall has declined during September amid new pandemic restrictions and concerns about a second wave of coronavirus infections. Footfall on UK high streets and at other retail destinations was 33% lower last week compared to the same period in 2019, according to data from the British Retail Consortium and ShopperTrak. 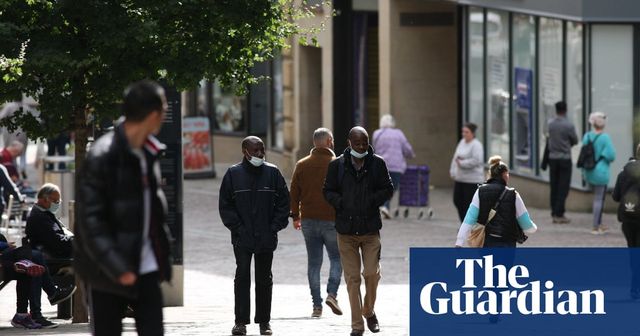