I was, during my remote working lunch break, pondering how I would spend my EuroMillions win. Would I invest it in a Supermarine Spitfire Mk IX (and learn to fly it, which would help), or join a fellow resident of my Shropshire town who already drives a Leopard 1 main battle tank (non-firing, sadly), or both?

Then I spotted a London pad for sale which seemed perfect for my weekly commute. I could also let out a few rooms through Airbnb (other letting agents exist) to cover my running costs but I would probably need to get a survey done first. That would also protect me financially because if the surveyor made a mess of the survey, e.g. omitted to spot the damp, his/her PI insurance would compensate me in full. Well, perhaps not as is illustrated in the latest decision in Hart & Anor v. Large & Ors (7 August 2020) saga.

Hart v. Large - What was all the fuss about?

We all know (because there have been lots of legal articles written about it) that Mr & Mrs Hart sued and won their case against Mr Large, their surveyor, who had been negligent in the advice given regarding their £1.2m home purchase.  The court found that the Harts would not have completed on the purchase had they been advised correctly as to the need for (i) further investigations as to damp proofing and (ii) the need for an Architect's Certificate covering the extension that had been carried out by the vendors.

Following completion, the Harts discovered a number of problems with the property and sued their solicitor, Mr Large and the architects (who had worked for the vendors). The Harts, who represented themselves, won damages of £750,000 assessed on the basis of the diminution in value of the property. They also received £7,500 each for distress etc.

The case has caused a bit of a fuss among the insurers (who stand behind construction professionals) because they consider the Harts' loss should have been assessed on the basis of the difference between (i) a defect-free house, and (ii) the defective one they got, limited to the defects Mr Large ought to have spotted. This would have reduced their financial award greatly. Typical, some might suggest.

Why worry? Mr Large's PI policy will cover all of this

Well, not exactly, because in the latest instalment (released on Friday, 7th August) Mr Large's cover was for £250,000 including liability for the Harts' legal costs. In other words, Mr Large would have to find the balance from his own resources, which would not make for a happy retirement.

In the latest episode of this legal saga, Mr Large sought a stay of execution, not least because he was seeking to appeal the decision and having to pay the Harts would be unfair, i.e. how could he pursue his appeal if he had no money? Conversely, the Harts argued they were entitled to the financial compensation and should not have to wait for it.

The judge struck the middle ground by allowing Mr Large to keep a sum of money to help fund his appeal and to pay some existing legal fees. The Harts were awarded a further £86,317 on top of the £250,000, i.e. the maximum under the PI policy, that had been paid already.

Relevance to my £185m EuroMillions purchase?

Just because my surveyor may (indeed, should) have PI insurance does not mean it will pay for everything if s/he ends up doing a bad job. Additionally, I wonder how many times clients (and their advisers) actually read what is covered as opposed to looking simply at the level (£s) of cover?

In the Harts' case, their £1.2m purchase was completed on advice from a professional who had a PI insurance policy capped at £250,000 including legal costs. The Harts are not the first clients, and will not be the last, who find themselves in this situation.

The key point is, check what your professional's PI policy covers him/her for because if the level of cover is limited you (or your client) will be the one taking the risk, not the professional. This is because most professionals, like Mr Large, will be unable to pay any substantial amount above the level of their PI cover.

How will I spend my EuroMillions win?

I might, despite to my sons' protests, pass on the £185m London pad and the Supermarine Spitfire and go for a Leopard 2 tank. This is because there seem to be a few still for sale on eBay and they are much easier to park at Aldi (other food stores exist). However, whatever I do, I will ensure that my professional advisers have adequate PI insurance and I will check what the policy says.

Developers have stuck an asking price of £185m on a house overlooking Regent’s Park in central London in what would be the UK’s second most-expensive home purchase. 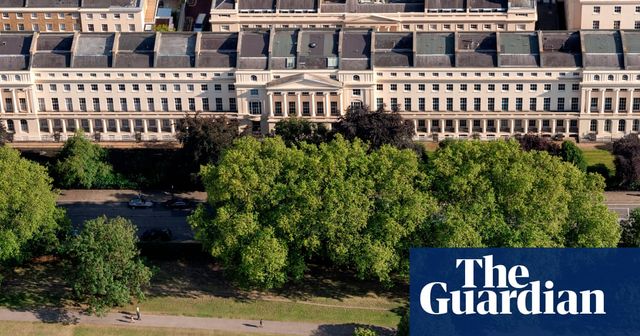 Developers have stuck an asking price of £185m on a house overlooking Regent’s Park in central #London in what would be the UK’s second most-expensive home purchase: https://t.co/dd4CQSw5A6