Mr Jenrick is in the news again and so too is the issue of 'conflicts of interest'.

At the end of May 2020, the Government agreed to revoke a planning permission for a private development of 1,524 homes at the former Westferry Printworks. The decision to allow the development to proceed was taken the day before revised Community Infrastructure Levy (CIL) charges came into force which, it is alleged, could have cost the developer between £30m to £50m.

The subsequent legal challenge by the local authority was settled by way of a consent order. There was no finding or admission of "actual bias" but it was conceded that the decision to allow the development to proceed had been unlawful by reason of "apparent bias".

Mr Jenrick is not alone in being the subject of court scrutiny because on 18 June the Court in Essex CC v. UBB Waste found a contractor and its main expert witness to have had "obvious and serious conflicts of interest". This was because the expert was the MD of a firm of consulting engineers that had played a substantial role in advising the contractor on the project.

The judgment makes for quite interesting reading and it is quite remarkable that neither the contractor nor the expert appreciated what the judge subsequently termed the "obvious and serious conflicts of interest". These included:

The actual or potential conflicts seem pretty clear but what is far more concerning is the fact that the expert does not appear to have made full disclosure of the nature and extent of the potential claim (point 4 above) until his 'reply report' as part of the court proceedings. He does not appear to have disclosed it in the seven (yes, seven) reports he wrote for adjudications. There is also reference to him not disclosing it when questioned about his independence by an eminent adjudicator in the course of one of those adjudications.

"[The expert's] failure to understand and declare the problem inevitably causes further concern that he does not really understand either the difference between acting as a consultant advising a client and acting as an independent, impartial and objective expert, or his duty to the court."

While the expert's evidence was not excluded by the judge (due to the true extent of his connection with the contractor not being known until very late in case) the evidence presented by the employer's experts was preferred. In practical terms, this failure to recognise the "obvious and serious conflicts of interest" had a rather negative impact on the contractor who was held liable to Essex CC in the sum of £9,038,428 with continuing losses of £99,563 per month.

When I was an articled clerk (that's old language for a trainee) my then litigation boss suggested that when in doubt one should always use the 'sniff test, i.e. "if it smells bad, it usually is". I suggest that had the contractor and expert used the 'sniff test' the "obvious and serious conflicts of interest" could have been avoided. Whether the ultimate outcome would have been any different is a separate issue, but what did occur could not have helped the contractor's case.

Of course, the 'sniff test' is not one judicially recognised for determining whether there is an actual or potential conflict of interest. If (as an expert) you want one of those then I suggest you read paragraphs 36 to 40 of the judgment.

A practical test, however, is "would [the expert] express the same opinion if given the same instructions by another party"? In other words, if you are being paid by the Claimant would you reach the same conclusion if paid by the Defendant? If not, you may want to consider declining the commission.

Finally, the Essex CC case is also of interest because it deals with the relevance of "good faith" in commercial contracts, a subject which may or may not apply in the world of politics.

Robert Jenrick put through approval for a controversial housing development after receiving a text message from a Tory Party donor telling him that delays would “cost £45million”. The Housing Secretary on 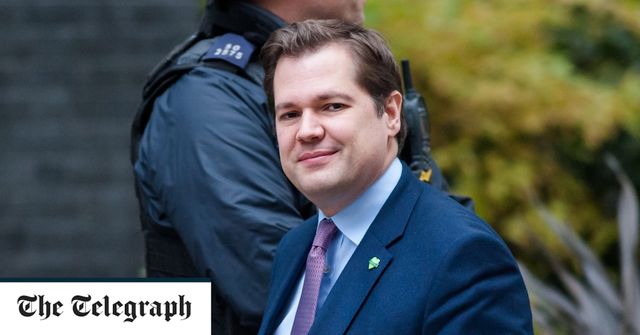