I am frequently asked by clients, "can I sack my contractor?". Answer, "of course you can but it might harm your wallet".

The so-called 'standard forms of building contract' published by the Joint Contracts Tribunal (some might suggest the "C" should stand for "Conspiracy") provide extensively for when and how the contract can be terminated. This includes, not unsurprisingly, when the contractor is in delay and/or becomes insolvent. Other forms of contract do likewise, for example, the NEC stable of contracts.

But before you do sack your contractor, you may want to have a quick read of the Court of Appeal's decision in Triple Point Technology Inc v. PTT Public Company Ltd (5 March 2019), the Triple Point case.

This case has been the subject of many learned articles but some employers are still unaware of its potential adverse impact if, as sometimes happens, the decision is taken to sack the incumbent contractor due to cost and time overruns. These are, quite naturally, disputed with the contractor claiming an entitlement to an extension of time (EOT) and additional payment.

In a legal nutshell the Triple Point case is authority for the proposition that where the contractor's employment is terminated in circumstances where (a) the Works are in delay and (b) incomplete, the employer loses its right to deduct LADs (or liquidated damages) full stop. This is despite the fact that, as a general rule, the parties' existing rights on the termination of a building contract (or any contract for that matter) are preserved, i.e. before Triple Point one assumed the employer would be entitled to the LADs accrued as the date of termination plus its additional costs (including delay costs) of completing the Works. The Triple Point case suggests that this is not the case, well not until the Supreme Court says otherwise.

What is the solution?

Easy, amend your building contract and many employers are doing this because, at the very least, this allows the employer to withhold LADs for the period of delay. Being able to do this is especially useful when responding to claims seeking payment of disputed sums following the termination of the contract.

The alternative is, as Triple Point says, for the employer to sue for its actual loss. This can be a time consuming and costly task and that is one reason why the parties agree LADs, i.e. they give certainty to both parties as to what the financial impact will be if the Works are in delay and the contractor has no EOT entitlement.

What about existing building contracts?

It seems that employers will have to either (a) argue the wording of their building contract is different to that in the Triple Point case and it allows them to deduct LADs, or (b) sue for their actual losses including delay costs. In some cases the actual losses will be much higher than the LADs but, as noted already, employers will have to 'prove' they have suffered a delay related loss.

The Court of Appeal has, once again, ruffled the feathers of the construction sector. The response will include some employers thinking twice before adopting Sir Alan's infamous words, others carrying on regardless because 'enough is enough', and many will be amending their building contracts to preserve their right to deduct LADs.

As for the new season of The Apprentice, one awaits Sir Alan's funny one-liners but can they match, "Don't tell me you're just like me. You're not like me. I'm unique."

“Never, ever underestimate me. I’ve had them all in here. Chancers, posers, brown-nosers, moaning Minnies, big-time Charlies and half-pint Harrys.” No, not a secret recording of HM the Queen on the appointments she’s made to the Johnson cabinet: The Apprentice (BBC1) is back, for its 15th series and the class of 2019, I am happy to report, are idiots. Gobby, conceited, deluded, chippy, greedy, aggressive, charmless, incoherent, vain, selfish, pretentious and, above all, annoying idiots. 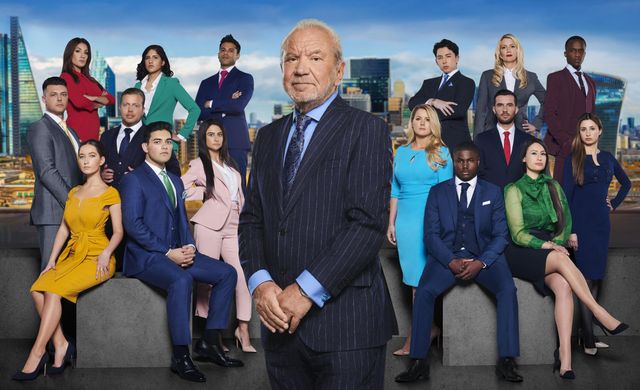