This ongoing saga of one couple suing another for £1m over a multi-million pound property development has caught my eye and now Mrs Justice Jefford (a highly respected judge with a background in construction law) has decided neither party has won their claim. Oh yes, the other couple counterclaimed for unpaid fees. They lost too.

The background - the building saga

In 2006 Mr & Mrs Russell purchased a property before knocking it down (as one does) and commissioning a new build four bedroom-house which was to have the "wow" factor.

During the course of 2007 the Russells obtained planning permission and a cost plan of £1.55m for their proposed 'wow' factor house. Not for the first time the initial tenders came in slightly higher than the QS's cost plan, namely £2.725m compared to £1.55m. Perhaps, in hindsight, this was an initial 'warning sign' that all might not go to plan.

Ultimately, in June 2010 a letter of intent was issued to the successful contractor with a Contract Sum of £2.098m. But the project did not go smoothly with Mrs Justice Jefford observing:

"Putting it neutrally, the project to build this house was beset with problems and there was no doubt that it took longer and cost more than the Russells expected or would have wished."

In short, the project was soon behind programme with the completion date pushed back from June 2011 to March 2012. In addition, the contractor could not secure a performance bond as had been requested and by October 2011 it was forecasting a final account of £2.558m, i.e. more than £500k above the Contract Sum. Perhaps, more alarms should have been ringing.

Then in December 2011 the building contractor's suspended its works, withdrawing from site in February 2012 and going into insolvency in June 2012.

Meanwhile, back in hot and sunny May 2012 (a temperature of 29C recorded in Scotland that May that year) the Stones terminated their contract with the Russells for non-payment of fees. In response the Russells claimed the Stones were in repudiatory breach of their contract which they (the Russells) accepted. Either way the parties' relationship came to an end with fingers being wagged.

I am sure some of you who read this saga of cost overruns, building delay, multiple insolvencies etc will being asking, so what's new? When was the last time a building project went to time and to budget?

The Russells claimed the Stones (not the Rolling ones but PSP to be precise) were to blame because for various reasons, including preparing inadequate tender documentation, deficient analysis of the first contractor's tender, preparing a deficient letter of intent, failure to monitor the quality of the first contractor's works etc.  The list of allegations or 'charge sheet' against the Stones was pretty lengthy.

Having listened to the Russells and Stones give evidence, to the parties' respective expert witnesses and to the legal submissions from their respective legal teams, Mrs Jefford dismissed the Russells claim for £1m and the Stones counterclaim for £20k unpaid fees. In summary, she did so because:

(1) the tender documentation was not insufficiently advanced for a contract with employer design, the allegation having being that this meant the tender prices came in too low;

(2) while the tender documents included a number of Provisional Sums the Russells (well Mr Russell) became aware of what this meant and why such sums might be included in a building contract. Therefore, he was aware of the potential cost risk that Provisional Sums can pose. In addition, some of these sums were associated with anticipated design development of the additional basement and pool and the Stones could not be criticised for this. Further, the Russells had been kept properly informed of the various cost estimates before the letter of intent was issued in June 2010;

(3) there was no evidence that any aspect of the original contractor's pricing had any impact on the financial management of the pricing of variations. As such the judge could not, in the absence of such evidence, infer that such a risk had materialised;

(4) while the original programme for the building works had been 'ambitious' and no warning was given by the Stones to the Russells which was negligent on their (Stones) part, the judge decided this failing was not sufficient to establish a single breach of failure to properly manage the tender process. In any event, had the warning been given the judge concluded the project would have gone ahead in any event, i.e. what loss (if any) did the Russells suffer?;

(5) there was no evidence to suggest that the original contractor or its parent company was likely to become insolvent.  The Stones could not be held liable for not giving a warning to the Russells and/or failing to advise them to seek advice from an accountant; and

(6) even if the judge had found the Stones to have been negligent in any of the above ways she concluded that such negligence had not caused the loss complained of, i.e. the Russells claim would have failed on the grounds of 'causation'.  In doing so she took the view that even had the Russells known the actual outcome cost they would not have acted differently, e.g. changed the design and/or not proceeded with the scheme at all. As Mrs Justice Jefford observed:

"In any event, the [Russells] did not "cut their cloth" when they had the opportunity in 2012 - on the contrary they enhanced at least some aspects of the specification. The result was that they got what they paid for."

The judge also found the Stones had not been negligent in failing to procure the performance bond. In this context, simply by allowing work to proceed under a letter of intent did not evidence negligence by the Stones because the requirement to provide one continued to exist.

There was also no evidence that the Stones had negligently in over-valuing interim valuations and/or in recommending payment of consultants' invoices.  The same applied to the allegations that the Stones had failed to properly monitor the quality of the original contractor's work.

Due to the delay to the works, the Russells claimed their additional rent for not being able to occupy their new property. The judge dismissed this claim too because Stones were not responsible for the period from when the original contractor left site (December 2011) to the subsequent insolvency of a separate contractor in January 2014. Again, there was no causal link to support this part of their claim.

The Stones claimed £20k in unpaid fees. These related to advice provided in respect of a dispute between the Russells and their original contractor.

The judge decided there was "sparse evidence" that the Russells had instructed the Stones to provide any additional advice for which a time related charge could be made. Therefore, she dismissed the claim.

Whether this latest court ruling is the end of this legal battle is not known. There might be an appeal.

These two couples are no strangers to the English legal system because back in June 2017 they were in court with the Stones (or their PI insurers) seeking to strike out part of the Russells claim for being out of time, i.e. statute-barred.

The Stones lost back in 2017 and the Russells were allowed to bring their claims. One might say that proved to be a Pyrrhic victory albeit one delivered by another highly respected specialist judge, Mr Justice Coulson.

As an observer, it is impossible to say what was going through the minds of the parties as they and their advisers embarked on this long and, one assumes, very expensive legal campaign. However, it is not uncommon (indeed, one might say it is the norm) for people to look for someone else to blame when a project (not just a building one) takes too long, costs too much and/or does not meet one's expectations.

If, however, one is intent on suing someone, it is important not to overlook the issue of 'causation' because proving a breach of contract and/or an act of negligence only takes one so far. It is still necessary to prove the breach/negligent act caused the loss that is being claimed. This is something the Russells were unable to prove before Mrs Justice Jefford.

Then there is the question of, what if? In other words, if you had known the project would actually cost £2m rather than £1m and would take 5 years rather than 2 years to complete, would you have acted differently? It is not uncommon, for example, for claimants to say they would have cancelled the project altogether. However, this is difficult to prove because clients (like the Russells) want their dreams to be realised. Put simply, many things are said with the benefit of hindsight.

Therefore, if there is a set budget and set timescale for a project, the best advice one can give is to stick with that budget and timescale. Don't be tempted to change your 'red lines' in the hope that all will be okay in the end.  It might be best just to cancel the project and invest your money elsewhere but, as this case illustrates, that is far easier said than done.

The Russells got the "wow" factor albeit in the form of a lost legal case and, one assumes, a very substantial legal bill.

Finally, a warning. If you do decide to read the article from the Evening Standard you may see pop-up adverts to buy home furnishings and fittings. No doubt the advertisers are hoping this case will inspire you to commission your own multi-million pound development. If it does, then just make sure you know what the risks are.

A millionaire couple who blamed designers when their dream home turned into a £5 million “disaster” have lost a legal fight for damages. 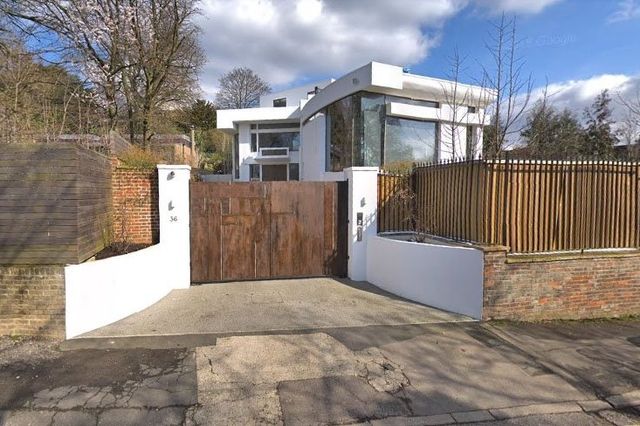 Virtual meetings have been a success, so why not continue with them?
John Bosworth