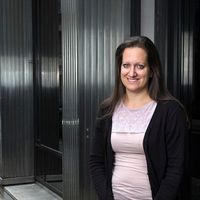 Amid the slowdown in trade due to the pandemic, more and more tenants are exploring ways to bring their leases to an end as is shown by the increase in vacancy levels particularly in retail.

One option for terminating a lease is by exercising an existing break option. Break options are notoriously tricky areas of law and any conditions must be complied with for the break to be effective.

In the recent case of Capitol Park Leeds Plc v Global Radio Services Limited, the tenant needed to give vacant possession of the premises as a condition of the break. This condition often appears in break clauses and there have been a number of cases over the years where tenants have left varying quantities of chattels behind, requiring the court to decide whether the break was effective as a result. Generally, the test is whether the property is capable of occupation by the landlord and this depends on what has been left behind – a small sack of rubbish is unlikely to be significant enough. Anything larger or more numerous increases the risk that the tenant has not given vacant possession and the break is ineffective.

The Capitol Park case involved a slightly different take on what the condition means. Here, the tenant had stripped out the premises, removing things like ceilings and ducting that were in place before the lease was granted to the tenant and which were, therefore “landlord’s fixtures”. It had not put these back, because it was trying to negotiate a financial settlement with the landlord.  By the time negotiations broke down, there was no time to reinstate the premises before the break date.  The Court construed the definition of “premises” in the lease as including the landlord’s fixtures which had been removed. It therefore held that the tenant had not given vacant possession of the “premises” because it had not in fact handed back the entirety of the premises but only part. There was a substantial impediment to the occupation of the premises by the landlord, because the tenant had handed back a shell which could not immediately be occupied.  As a result, the break failed. Interestingly, the judge gave the tenant permission to appeal to the Court of Appeal, perhaps accepting that the point requires further judicial consideration.

The consequences of getting a break option wrong can be considerable as the tenant will continue to be liable for the rent and other outgoings until either the end of the lease or another break right is successfully operated. This could have a huge impact on a business if new premises have been secured which will also have rental liabilities. Tenants should not underestimate the importance of complying correctly with the conditions of a break option.

The overall retail vacancy rate across Great Britain reached 13.2% during Q3, marking a “record increase” in shuttered shops across its regions.