News that the markets anticipate a less than rosy set of end of year results for Kier this Thursday could be a further sign of troubles ahead in the construction and facilities management sector. Carillion collapsed spectacularly in January 2018 (the various parliamentary reports onthis make for some uneasy reading) and in recent months concerns have been raised in the press about other big name contractors, Kier being the latest.  That all said, a number of house builders have reported very healthy profits and substantial pay rises which suggests that not all is doom and gloom in the world of construction.

If any further big names do suffer the same fate as Carillion and end up in liquidation, the construction 'sub-sector' that may also suffer is construction adjudication. This is because of a recent decision in the Technology & Construction Court which could be described as a 'bad day for adjudicators'. The case in question is that of Michael J Lonsdale (Electrical) Limited v. Bresco Electrical Services Limited (In liquidation) (31 July 2018).

Briefly, Michael J Lonsdale (Electrical) ("Lonsdale") sought to stop Bresco from bringing claims for payment of monies on the grounds that Bresco was in liquidation which, in effect, extinguished the money claims by Bresco. The particular law relied upon by Lonsdale was Rule 14.25 of the Insolvency Rules 2016.

Bresco's notice of adjudication sought sums due from Lonsdale under their contract and/or damages for loss of profits. An adjudicator was duly appointed. He was invited to resign on the basis that he had no jurisdiction because Bresco was in liquidation. He did not resign, declaring instead that he definitely did have jurisdiction. This is why Londsale decided to go to court, i.e. to stop the adjudication from continuing.

The court had to decide if a company in liquidation (like Bresco) could refer a dispute to adjudication when that dispute included the determination of a claim for further sums said to be due from the other, i.e. from Lonsdale.

It decided that the sums sought by each of the parties amounted to "mutual dealings" as defined by the Insolvency Rules 2016. This term could include sums claimed under a single contract or a whole number of contracts. The consequence of Bresco's liquidation was that the parties' respective claims all merged into a single balance being due in one direction. In simple terms, who owed the other more?

This all meant that the claim referred to adjudication ceased to exist because the only claim that existed between the parties (following Bresco's liquidation) was the one arising by way of Rule 14.25, i.e. the net result of the set off of the parties' mutual dealings. The Rule, therefore, created a single debt owed by either Bresco to Lonsdale, or vice versa.

As for the adjudicator, well he did not have jurisdiction because the dispute in respect of which he had been appointed had ceased to exist. Bresco's only claim was one for the balance (if any) after the parties' mutual dealings had been determined. As the judge said, "An adjudicator cannot conduct such an account under the Insolvency Rules". The reason for this being that any dispute over the debt now arose under the Insolvency Rules 2016 and not, as is required for adjudication, "under the contract".

If, in the months to come, more companies do collapse and enter into liquidation their creditors should be able to rely upon the Lonsdale v. Bresco decision when faced by the threat of adjudication. Where "mutual dealings" do exist the creditor should, on receiving a notice of adjudication, be able to point to Rule 14.25 of the Insolvency Rules 2016 in order to bring that adjudication to an end.

As for adjudicators, they need to be ready to resign when invited to do so.

Bets against Kier build as results loom By Will Ing17 September 2018 Country’s second biggest contractor due to unveil annual results on Thursday Short positions in Kier’s shares have rocketed as hedge funds bet against the contractor in the run-up to its end of year results on Thursday. According to data from IHS Markit, that was published in yesterday’s Sunday newspapers, almost 18% of Kier’s shares are being shorted, up from 10% a month ago, making it the third-most shorted company on the London Stock Exchange. 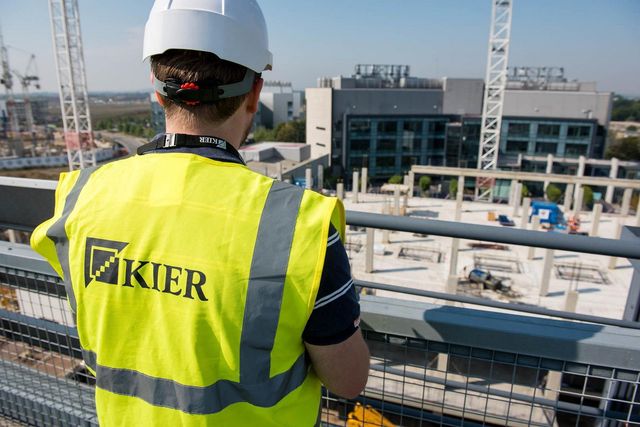