The news that the next James Bond film could be further delayed (the director having departed due to artistic differences) by the absence of Daniel Craig, brought to mind the issue of concurrent delay in construction projects.

Fortunately, the Court of Appeal has recently considered the issue of "concurrency" in the case of North Midland Building Limited v. Clyden Homes Limited (2018).

"a period of project overrun which is caused by two or more effective causes of delay which are of approximately equal causative potency" (Adyard Abu Dhabi v. SD Marine Services (2011)).

It is very common (if not universal) for an employer and contractor to hold different opinions as to which of them is responsible for the delay to a building project. In some cases, the parties agree that both might be responsible albeit for different reasons, e.g. the employer's architect issues a new drawing showing gold rather than silver door handles. This change causes a delay to the programme, pushing the completion date back and, quite rightly, the contractor asks for an extension of time (EOT). However, the employer points to the fact that the contractor is going to be late due to the fact that he ordered the doors late. Therefore, gold handles or no gold handles the doors would be late in any event. Who is right?

The starting point (based on old court judgments) is that it is unfair for an employer to be entitled to deduct liquidated damages (LADs) where, as in the gold door handles example, the employer is partly to blame for any delay. This is because the employer has, it is said, 'prevented' the contractor from completing by the agreed date. One consequence of this 'prevention' principle is that the employer's right to LADs falls away, and separately time is 'at large', i.e. the contractor simply has to complete the remaining works within a reasonable time.

To avoid this risk to LADs, building contracts contain a long list of reasons (or 'Relevant Events') permitting the employer to extend the completion date, i.e. the contractor gets more time and the employer's right to LADs is preserved in case there is further delay for which the contractor is responsible. However, this is not universal and/or the wording of the parties' contract might not cover the delay event that has occurred. If this happens the 'prevention' principle still applies (see Multiplex Construction (UK) Limited v. Honeywell Control Systems Limited (No.2) (2007)) with any ambiguity in the wording of the parties' contract being construed in favour of the contractor.

First, draft your building contract carefully so that it expressly provides for extending the completion date. Today, well drafted building contracts should contain not only a long list of Relevant Events but also a general 'catch-all' provision where an act or omission by the employer (or one of its team) causes delay. Such a provision may appear overly generous to the contractor but one reason for including it is to protect the employer's right to claim LADs, i.e. to avoid the 'prevention' principle being deployed by the contractor and time becoming 'at large'.

Second, include the provision considered by the Court of Appeal in North Midland Building v. Clyden Homes, namely:

The Court of Appeal decided that this provision (an amendment to clause 2.25 of the JCT standard building contract) was effective. The words used were clear and, therefore, the prevention principle did not apply. This meant the contractor was responsible if the completion date was missed due to concurrent delay events.

The 'prevention' principle is alive and employers and those advising them need to ensure they deal with it when entering into contracts. The Court of Appeal's decision in North Midland Building v. Clyden Homes is very useful because it gives some judicially approved wording to include in your contracts. It will be interesting to see how, in due course, the editorial committee of the JCT (and other trade bodies) respond to it.

The answer to who takes responsibility for the change from silver to gold door handles compared to the delayed ordering of the doors lies in what the parties' contract says (or does not say). If it is silent the completion date is likely to morph into one of a 'reasonable time' and the employer will lose its right to LADs - these gold door handles would end up being a very expensive luxury.

As for 007, the fact that the employer (the film maker) has no director suggests that Mr Craig is entitled to deploy his 'prevention principle' gadget which, one assumes, Q branch has cunningly disguised as an unamended JCT contract. Once again Ernst Blofeld's plans of world domination have been thwarted.

Daniel Craig has been cast in Knives Out, a new film written and directed by Star Wars: The Last Jedi's Rian Johnson.  News of Craig's casting comes amid concerns over the future of his next James Bond film, which was set to hit cinemas in November 2019 but now faces delays after the departure of its director Danny Boyle. 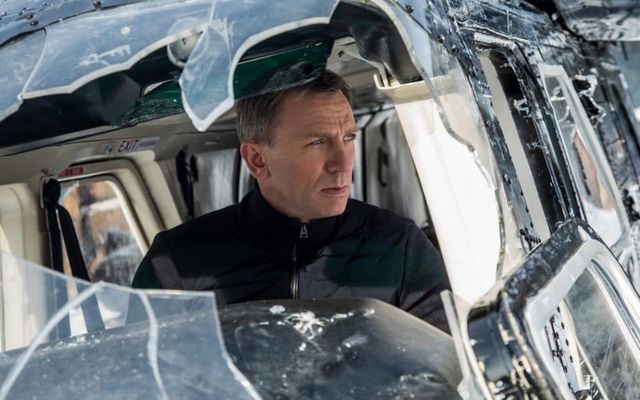