News that the actor Matt Smith is to join the cast of the next Star Wars film is great news for all Doctor Who and Star Wars fans. I am one of them, growing up with the late John Pertwee as my Doctor Who and in 1977 sitting in the (now demolished) art deco inspired Hertford County cinema as the Death Star exploded and Luke Skywalker used 'the force' to save the rebellion from destruction. Sorry, that was a film spoiler for anyone who has not yet seen Star Wars: Episode IV - A New Hope.

The Death Star has always fascinated me.  It can travel through space at the speed of light and is powerful enough to destroy entire planets and yet it is full of latent design defects. Whenever I watch it explode I immediately wonder how on earth any appropriately qualified Employer's Agent/Contract Administrator ("CA") professing to have such a skill on a project the size, scope and complexity of the Death Star could have certified it as having achieved practical completion.

The design defects include a close defence system that could not shoot down small rebel fighters thereby allowing them to get close to the Death Star; a tractor beam that could be readily turned off (admittedly by a Jedi knight) thereby negating its use in the final battle; and an open thermal exhaust vent allowing a photon torpedo to enter and start a chain reaction destroying the Death Star.

Naturally, having invested so much time and money the CA's client might well ask, why on earth did the CA certify the Death Star as having achieved practical completion when it was so full of latent design defects? It clearly was not fit for purpose.

The estimated claim for damages for breach of contract and/or negligence on the part of the CA would have brought tears to the eyes of most PI insurers. It would definitely look like being a bad year for Lloyd's of London.

I suspect the PI insurers' response during the course of either the pre-action protocol process, or in the face of a reference to adjudication, would be that latent defects do not prevent the CA from certifying practical completion. This is true and the authority for this is the court's decision in J Jarvis & Sons Ltd v. Westminster Corp (1970).

In simple terms, if the works contain latent defects (i.e. they are not readily identifiable) they do not prevent the works from achieving practical completion. Equally, a CA cannot be negligent for having certified the works as having achieved practical completion. If the defects had been patent then the position would be different although the CA may still escape liability.

The PI insurers would also point to the fact that the Death Star could do what it 'said on the box'. It could travel through space at the speed of light and it could destroy entire planets. They would also say that even if latent design defects did exist the Death Star was constructed as designed and the CA's role (by reference to the Schedule of Services) did not include checking the design of the other consultants. Put simply the works were carried out and completed as per the approved design. This is what the CA certified.

I suspect, therefore, that the CA would escape legal liability for the Death Star's destruction.

It's not the CA's fault, but the architect's and/or engineer's

Claims by unhappy clients (especially powerful ones like Emperor Palpatine, a Sith lord) frequently lead to much 'finger pointing' between the professional team and contractors.

In this case, I would expect the contractors to say they built what they had been asked to. Of course if the Death Star had been procured on a design & build or even a 'turnkey' basis that line of argument is unlikely to succeed.

As for the design team (architect, structural and M&E engineers etc) I would expect their PI insurers to argue that whether or not the Death Star was fit for purpose (which they would say it was), the obligation on the design team was one of reasonable skill & care. In other words it was not an absolute one and no reasonably competent designer professing to have such skill & care could have foreseen what occurred. Indeed, the client's specification made no mention of the Death Star having to be Jedi proof.

The design & build contractor's PI insurers would make the same or similar points as the professional designers.

Again, I suspect the professional team and the contractors to escape liability.

Learning points for Emperor Palpatine and his team of advisers

Third, do not include an open thermal exhaust vent in a Death Star, i.e. make this clear in the Employer's Requirements. This last lesson seems to have been learnt as the subsequent Death Star II did not have one. That said, it too did not survive the attentions of the rebel alliance and Jedi knight Luke Skywalker. Therefore, it would also seem necessary to make it clear that the design must be capable of resisting an attack by a rebal alliance and a Jedi knight. That specification could increase the cost though as tenderers price in this risk which could make the Death Star unaffordable.

I wish Matt Smith the very best if he does get a role in the next Star Wars film although I would, given the reliability of Death Stars, advise him to keep clear of these, i.e. choose a different method of transport, and (assuming he is a goodie) 'may the force be with him'.

Matt Smith has been cast in the next Star Wars film, according to reports. The former Doctor Who actor has been linked to Star Wars: Episode IX in a "key role", US entertainment trade magazine Variety has claimed. Production on the ninth film in the main Star Wars franchise, directed by JJ Abrams, is believed to have begun at Pinewood Studios in London earlier in August. 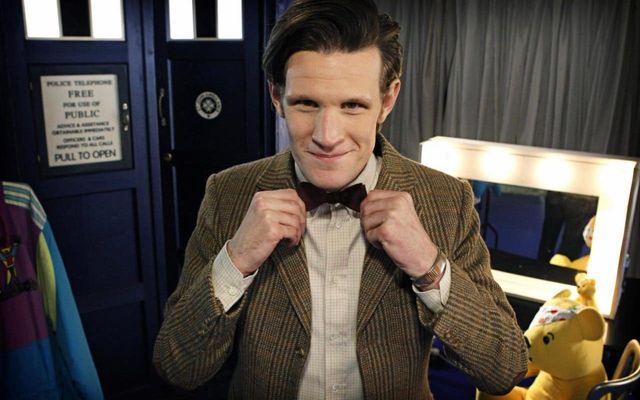