My teenage son, an avid Love Island addict, spotted that the not so secret villa Casa Amor is on the market, a snip at £2.55m (subject to Brexit currency fluctuations). While I must admit to never having watched Love Island I was attracted by the mention of four golf courses within "a few minutes drive from the villa" but declined my son's suggestion that I call the selling agents.

Of course, if I were to buy such a property I would carry out the necessary pre-purchase construction due diligence to avoid disappointment if, as can happen, the Casa Amor proved to be less than the dream property I imagined it to be. This would involve checking that: (1) the building contract (presumably a design & build one) was in place and properly executed by the parties; (2) there were sub-contracts in place (and executed) for the key works packages which in this case would include the groundworks, the structural, the M&E and specialist (swimming pool and solar) packages; (3) the consultants' appointments (properly executed) were sufficient to cover the services provided, particularly in the case of the architect and lead designer, and the structural and the M&E engineers; (4) a full set of collateral warranties were being provided as a condition precedent to completion; and (5) all the relevant PI insurance policies were in force.

In addition, if Casa Amor had only recenlty been built I might well ask for the defects list and the certificate of making good defects. I would also want to see the final certificate and check what the building contract says about the effect of this in terms of the quality of workmanship and the D&B contractor's ongoing liability (if any) for defects. Finally, given the likelihood that vast volumes of sun cream and olive oil had been used by the recent inhabitants of Casa Amor I might want to ask to see any environmental report and/or to commission a new one.

Obviously, the purchase of Casa Amor would also require team work with my colleagues in Maples Teessale's commercial property team and local Majorcan lawyers. This all means that my purchase could take a few weeks to complete but, if successful, my dream of owning Casa Amor should not turn into a Love Island disappointment if cracks start to appear in the paintwork. Unfortunately, this can and does happen when the front-end due diligence is over-looked or rushed.

In contrast, living within easy reach of four golf courses is unlikely to guarantee my golf game improves to such an extent that I can beat my teenage who can hit a longer, straighter ball than me. He can also chip and put better. Perhaps I should watch Love Island so I can distract him with the latest gossip when he is addressing that winning put.

Casa Amor, Love Island's second, secret villa, has been put on the market for €2.9m (£2.55m), by agents Knight Frank. The Majorcan villa features in this week’s episodes of the award-winning TV show, when 12 new contestants will enter the secret hideaway which is minutes away from the main house. 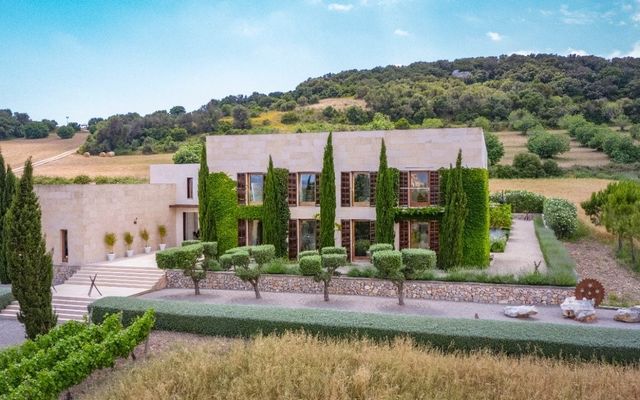