Carillion's collapse on 15 January 2018 was going to have a negative impact on its clients, sub-contractors (including consultancy firms), trade suppliers and, in each case, the employees.  The 'domino' effect of such a large insolvency is starting to become clear with some 47% of companies affected according to research by the insolvency practitioners trade body R3.

This does not seem surprising given Carillion's involvement in major infrastructure projects such as HS2 and there are now reports that it owed "at least £800m to subcontractors". There have also been reports of extended payment periods with sub-contractors waiting weeks if not months to be paid and the 'Construction Act' of 1996 (amended 2011) does not prevent this, i.e. the 'final date' for payment of a sum otherwise due can be any time the parties agree (or one of them imposes).

Ultimately, it is impossible to protect 100% against the insolvency of another business in the construction sector.  In addition to checking what the contract says about the payment terms, Carillion's collapse and the many others before it remind one of the benefit afforded by so-called 'security' documents. These include parent company guarantees, performance bonds, collateral warranties (with step-in rights) and retention bonds. None of these security documents is going to fully insulate a business from the adverse impact of the insolvency of a key player in a construction project but one or more of them could reduce it. And let's not forget that one of the key reasons why parties ask for such security documents is the risk of insolvency.

Unfortunately, far too often these security documents are overlooked and never obtained until it is far too late. This is so even where the construction contract expressly provides for such documents to be entered into and, in certain cases, makes their provision a pre-condition (or condition precedent) to payment, e.g. no performance bond means no payment. There are probably many reasons for why these documents are overlooked but one anecdotal factor is the need to 'get on site and start building', i.e. time pressure.

One of the many lessons to come from Carillion's collapse (and those before it) is perhaps 'more haste, less speed' when completing the contractual documents and making sure these too are delivered on time.

The collapse of Carillion and a spate of casualties on the high street meant that one in four UK businesses suffered a financial hit on the back of customer, debtor or supplier insolvency in the first six months of this year. 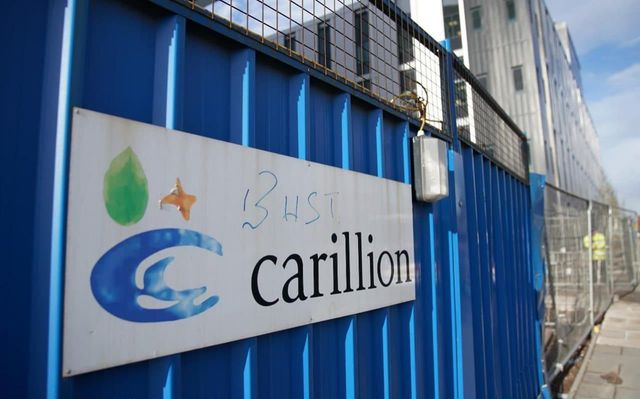