Back in the 1990s I acted for a Newco that was promoting the idea of flat-pack or modular building construction as a means of reducing the cost of new homes. The idea was that each major element of a new home could be manufactured off-site in a factory before being transported to site and erected by a small team of workers. The cost saving was substantial compared to 'traditional' building methods. It was an exciting time not least because the Newco was the subject of a management buy out (MBO) and, as they say, the rest of it is history with the MBO team going on to be very successful. A few years later they sold their business for a healthy return on their investment.

Crest Nicholson also sees part of its future as being in flat-pack house building, citing the shortage (and hence rising cost) of skilled labour as being one factor in its decision-making process. However, the lack of skilled labour is not solely a UK issue. Last week I wrote about the development in the 3D printing of houses due, in part, to the shortage of skilled bricklayers in Holland. Once again, necessity in the private sector is proving to be the driver of change or the 'mother of invention'.

This method of construction may not be new but it is certainly growing. Today it is very common to be advising on building contracts that contain a significant amount of off-site pre-construction or manufacture, e.g. pre-caste concrete elements, steel frames, the exterior envelope (cladding) etc. We have also seen a growing number of contracts where the method of construction is quite simply a process of placing accommodation pods, lego-like on site before wrapping them in an aesthetic 'skin' which is also typically manufactured off-site. In addition, all of the services and, in some cases, all of the fixtures and fittings are already installed inside these pods.

This trend in off-site, flat-pack or modular building (call it what you like) is likely to continue to grow. At some point, the lawyers and their clients may find it necessary to review the existing 'standard form' building contracts to see if these remain 'fit for purpose'. Perhaps these contracts need to develop too if we are to help the sector to drive down costs?

Finally, it should not be forgotten that flat-pack or modular building methods have long benefited from royal approval. It was Henry VIII who made use of this method of construction when he popped across the English Channel (or la Manche) in June 1520 to hold his summit with King Francis I of France at what is known as the "Field of Cloth of Gold". Once again the future may lie in the past.

Housebuilder Crest Nicholson is feeling the pinch of rising construction costs and a slower housing market, prompting it to close its Central London office and expand production of so-called "flatpack" housing structures. 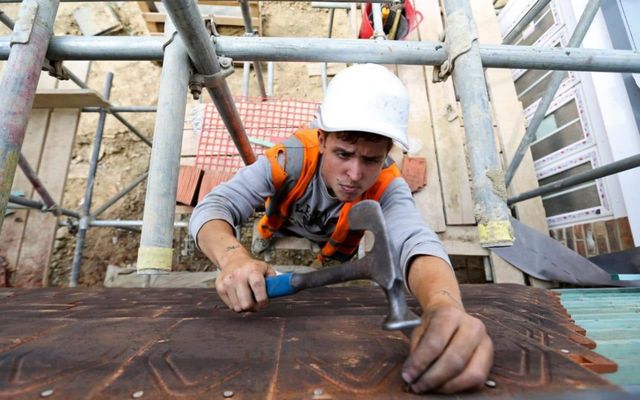