The problem of unexploded ordinance (frequently referred to as UXO) or unexploded bombs (UXBs) is an ongoing one. The latest story of the UXB uncovered in Hamburg is just an example of this problem. The article in the Guardian (link below) gives some fascinating facts about the percentage of bombs dropped that failed to detonate. Typically, German efficiency meant that their bombs were more reliable in terms of detonating (a reported 10% failure rate compared to the Allied 15-20% failure rate).

Tragically, every year a number of people are killed or seriously injured by unexploded shells on WWI battlefields. In Belgium, for example, they refer to these as the "iron harvest" and there are reports of more than 600 tons of bombs, shells and other explosives having been removed from the Flanders area between 2010-2014.

Aside from the human cost, UXO and UXBs cause disruption to daily commercial and private life. Last September another unexploded 1.4 ton WWII bomb nicknamed 'blockbuster' in Frankfurt was reported as leading to the evacuation of some 70,000 people.  And only last February a WWII German bomb was unearthed during works at the City Airport which caused the airport to be closed and work to stop.

The commercial cost to construction projects can be huge. Quite rightly work on site stops until the UXB is made safe but who pays for the delay in terms of lost time and additional cost?

The answer will lie in the depths of your contract, assuming you have a written contract that is. The key point, however, is don't overlook this risk because in cities subject to heavy bombing (London, Birmingham, Bristol, Liverpool and many others) it is during the course of construction works that UXBs are unearthed. Obviously as each year passes and as each site is redeveloped, the risk of unearthing a UXB diminishes but the risk remains with reported MoD figures showing the number of WWII bombs being made safe at roughly 60 per year.

'They haven't lost their potency': Allied bombs still threaten Hamburg A WWII bomb cleared London City airport this year, but with up to 300,000 tonnes of Allied ordnance still undiscovered, German cities are constantly on alert 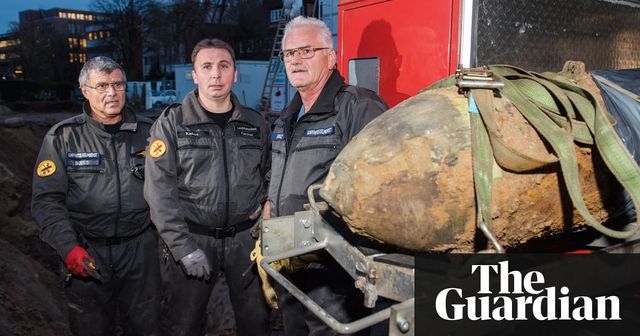